You are here: Home › Shipping News › A Seafarer’s Story Of Surviving Piracy
TwitterFacebookLinkedInPinterestBuffer

Kidnapped by Somali pirates, Jakir Hossain was tortured and afraid until he was freed three years and seven months later. He was lucky to survive.

I’m 31 and have lived in Chittagong in Bangladesh all of my life. It’s a port city so the sea has been part of my life from a very early age.I have a curious mind and always wanted to go to sea, to see the world and experience more of the world, its cultures and people. 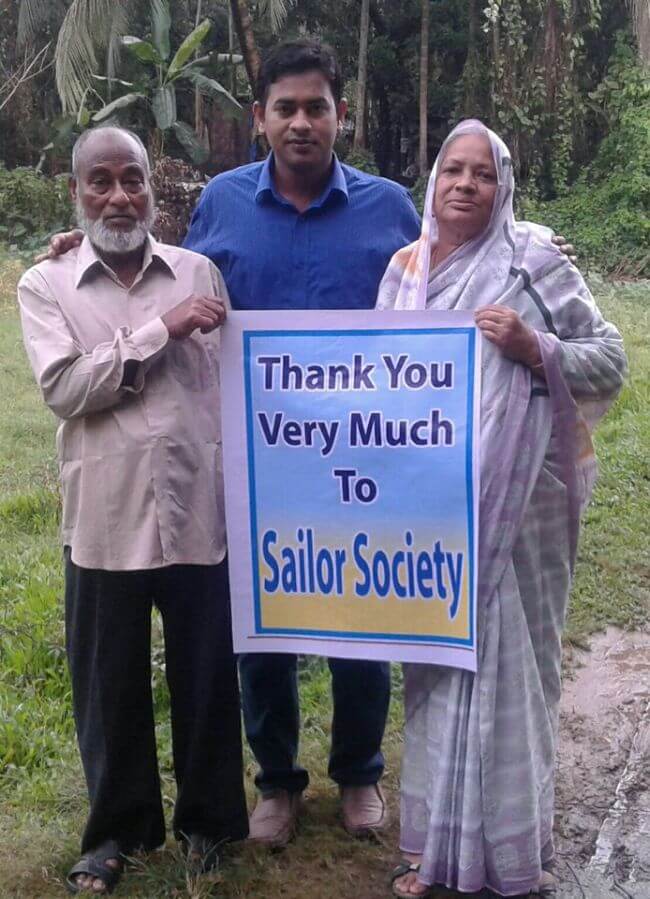 My cousin worked on a ship and told me many things about a life at sea, which made me determined to become a seafarer.

Seafaring is seen as a noble profession in Bangladesh, it’s also one I could establish myself in at an early age. I completed my higher secondary certificate before completing six months of pre-sea education. I spent time at sea, including time in Somalia.

I have training in International Ship and Port Facility Security code (ISPS) but when our vessel was hijacked in 2014, I knew that if I tried to fight the pirates they would shoot me.

I didn’t think I was going to survive.

I can’t describe how much they tortured us.

They killed one of my crew mates; they shot him in the chest.

The pirates burned us and forced us to make videos asking people at home for money and told us that if their demands weren’t met they would kill us one by one.

We weren’t fed and were made to work morning to night. After two and a half years, our ship sank and four of my colleagues drowned in the stormy seas.

After the ship sank, the pirates took us in land to a village where they kept us in a mud house meant for two people, there were 11 of us crammed in it and the food and water they gave us wasn’t enough to survive on.

This incident seriously affected my family and me, not just physically and financially but mentally too and I still have nightmares about what happened.

We were released in June 2014. Three years and seven months is a long time to suffer; now I am just happy to be alive.

During the time I was held captive, the MPHRP visited my family and supported them.

I really want to become a Chief Engineer and on my return home, I applied to the Department of Shipping to help me achieve my Marine Engineer Officer (MEO) Class-3 exam. I’m studying for this and MPHRP have supported me with a grant.

My family has faced many problems and have suffered depression and disease, my parents are still ill and when I returned I didn’t have the money to help their treatment.

MPHRP visited and told us about Sailors’ Society, who gave me a welfare grant to help my family.

I am very grateful for the support they gave us.