After concerning reports earlier in the year, the latest Seafarers Happiness Index report has shown a marked improvement in happiness levels amongst seafarers across all sectors of the industry.

The index, undertaken by The Mission to Seafarers and supported by leading P&I insurer the Shipowners’ Club, is a gauge for measuring the feelings and experiences of seafarers across the global maritime industry.

Conducted every quarter, in the latest report overall seafarer happiness has risen from 6.27/10 to 6.59 – a very promising sign for the industry. 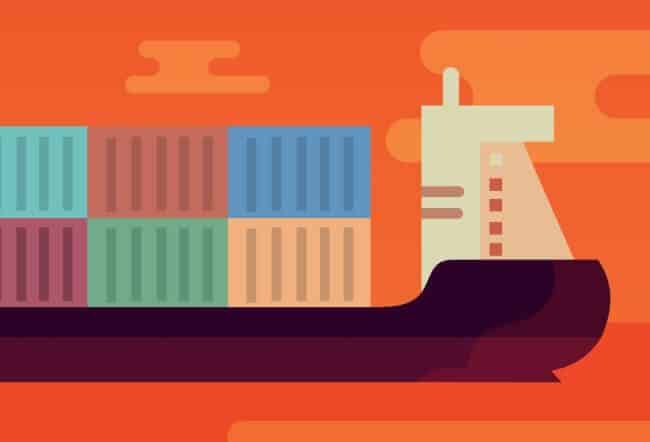 Happiness regarding interaction with other crew members has also increased notably, up to 7.28 from 6.85 last quarter. This is one of the highest figures provided in the five years since the report began and suggests a growing sense of comradery amongst seafarers.

The latest report, which covers the third quarter of the year also saw a record number of participants engaging with the Seafarers Happiness Index. This is encouraging as it suggests that more seafarers see the value in having their voice heard on a global platform.

After findings from the second quarter of the year showed happiness amongst seafarers onboard cruise and ferry vessels to be 15% lower than other vessels, it is very encouraging to see that happiness levels in this sector leapt up a full point to 6.3/10. It is hoped that this indicates an improvement in working conditions, while the pressures from a busy summer season are also likely to have eased.

Steven Jones, Founder of the Seafarers Happiness Index, commented: “The Mission to Seafarers has been contacted by several cruise ship operators following the release of the last report. It is a very positive sign to see the results from the index being taken seriously by the industry. Hopefully, some of the insight we provided has contributed to this improvement in seafarers’ sentiments about life at sea, although there is no room for complacency on any of the barometers of happiness used by the index.”

Louise Hall, Director – Loss Prevention at the Shipowners Club commented: “The positive results from this quarter’s Seafarers Happiness Index demonstrates the effectiveness of this initiative, and its associated outreach projects, in improving the quality of life for those at sea.

“The index is providing a more accurate image than ever before of the conditions across the global fleet. With record numbers of seafarers participating in the survey and engaging with the research, we have been able to identify more ways to support our Members in prioritising the health and wellbeing of their crew.”

While results across the board were generally very positive, the anecdotal evidence from seafarers identified a number of ongoing concerns. The impending IMO 2020 sulphur cap appears to be a source of stress for many seafarers. The report indicates that there is a widespread fear of blame for non-compliance, suggesting that some seafarers don’t feel prepared for the cap, which comes into effect in the New Year. Many participants reported concerns that discrepancies in data, in addition to tougher inspection regimes, could result in seafarers facing prosecution by authorities.

While there has been much attention given to the financial impact of IMO 2020 on shipowners, this evidence shines a light on the day-to-day pressures on those serving at sea and the need for governments and shipowners to prepare seafarers for the change. The report indicates that the companies investing more resources into training have happier crews – highlighting the importance of seafarers feeling confident in their own abilities and with the responsibilities placed upon them by new regulations.

Understandably, salaries also play a significant role in helping seafarers to feel stable in their careers. Whilst youngest seafarers appear to be the happiest – reflecting enthusiasm about seeing new parts of the world, with a very high 7.9/10 – many reported that low wages were making them question their future careers. This is concerning for the future of the maritime industry, with the potential for a ‘talent-bleed’ if seafarers are lost to other industries.

Happiness amongst those aged over 45 showed a marked turnaround in this quarter, reaching an impressive 7/10. While a number of seafarers declared their pride in working at sea, budget cuts were a common concern with no seafarers feeling “wealthy” in their home nations. This indicates that although life at sea is a cheerful one, the practicality of wages may not support the career choice in the long-term.

Overall, this report has shown a more promising set of results as we approach the end of 2019. It would appear that industry-wide changes in attitudes could influence widespread progress in 2020, and there is a strong sense that some of the improvements that The Mission and others have been advocating may be gaining traction.

Once again, the Mission would like to offer its thanks to all the seafarers who partook in the latest survey. To read the full report online, click here

Unions Around The World Press Spanish Government To Negotiate Modification Of The Stowage System With Workers
Want to share your tips and advice? Got questions? Visit the community forum to ask questions, get answers, meet people, and share your tips!