Global maritime charity Stella Maris (Apostleship of the Sea) in Seychelles has stepped in to assist a crew of five fishermen who were cast adrift in the Indian Ocean following an engine failure.

The crew sent out a distress message and were spotted by the Seychelles Marine Police who towed the ship and fishermen back to shore. The men were put in police custody and questioned as only the Captain had a valid passport on him.

Albert Napier, Stella Maris Seychelles National Director received a telephone call on January 3 from a friend who informed him about the situation. They then arranged to meet the crew at the former Coast Guard depot where they were being held. 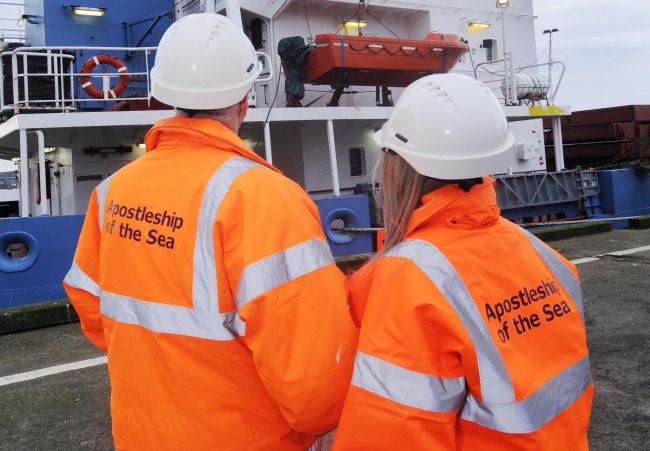 “We spent time talking and listening to the crew who were shaken by the incident,” said Albert.

“The master said they had left Zanzibar on December 20 to fish but started experiencing engine problems about three days later causing the ship to drift. After being rescued they were interrogated and their explanations eventually ascertained to be true,” he added.

So Stella Maris set to work with several other government agencies and groups to obtain the necessary travel documents, secure the fishermen’s release and facilitate their repatriation, Albert said.

Whilst this was being done, Albert was able to get the men moved to the Central Police Station which was more habitable. He continued to visit them, providing moral support, basic provisions and clean clothing and kept the crew updated on the efforts to get them home safely. The men are now back in Zanzibar.

“It is only by working with our global Stella Maris network as well as other local agencies and organisations that we were able to assist the fishermen during what must have a very tough time,” Albert said.