Sunday morning, Maersk Patras reported man overboard in the Saint Lawrence River. Search and rescue operation was unsuccessful and has now been called off. 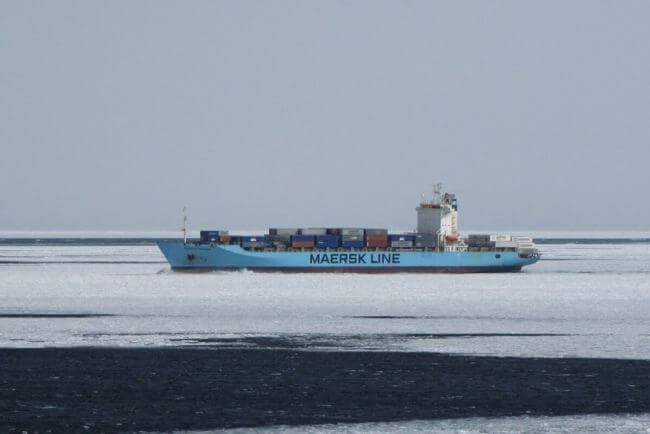 On 19 May 2019 at approximately 9:30 am local time, the 2nd Officer of the vessel Maersk Patras fell overboard into the Saint Lawrence River (Canada) north east of the junction with Saguenay River. Several vessels including Maersk Patras, supported also by airborne assets, were involved in the search and rescue operation, coordinated by the Marine Search & Rescue Centre (MRSC) of the Canadian Coast Guard. Search and rescue operation began immediately, and was called off in the evening at approximately 20:00 local time by the MRSC.

“It is with regret we have received the news that the search and rescue operation was unsuccessful and we must conclude that we have lost our colleague. It is a tragic situation for the family and we have offered them our full support. My deepest condolences and thoughts go to them,” says Søren Toft, COO of A.P. Moller – Maersk.

The 2nd Officer is from Sri Lanka. Maersk is in contact with the relatives as well as the crew members of Maersk Patras, who will receive crisis counselling.
Maersk will cooperate fully with the authorities in the investigation of the tragic incident.

The container vessel Maersk Patras is from 1998 with a capacity of 2.902 TEU (twenty foot equivalent) and is sailing under Singapore flag.