A crewman on board an Offshore Supply Vessel has reportedly witnessed a UFO in the Gulf of Mexico last week, which he later described as “a oval-shaped object.”

According to a chief engineer aboard a 240-foot long commercial delivery ship, he, along with few of his shipmates, saw the UFO that rose out of the water and disappeared into the sky within a split second.

In his testimony with the National UFO Reporting Center (NUFORC), the seafarer said that he sighted the object 80 miles southeast of New Orleans in the Gulf of Mexico. 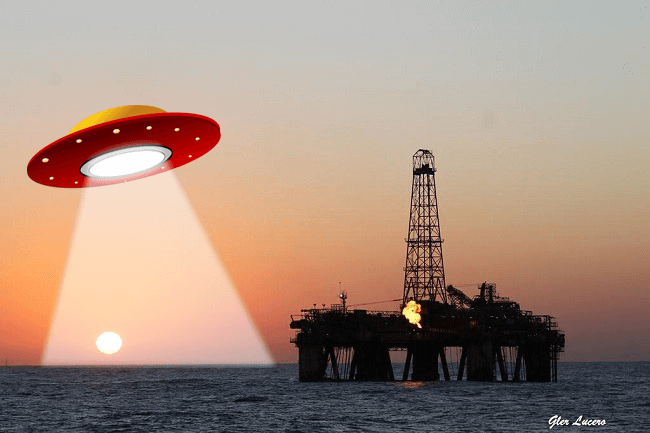 Myself and four of the crew members aboard our vessel saw a craft that appeared to be five times our 240-foot vessel in length on March 21, his report to NUFORC read.

The scene lasted about 40 seconds before it disappeared into the sky in a speed that is faster than the speed of a light turning on in a room, he added.

The crewman also said the object was dark colored and made no sound whatsoever.

NUFORC Director Peter Davenport confirmed the sighting on Friday evening with the Mutual UFO Network (MUFON) Director of Communications Roger Marsh. In addition, NUFORC highlighted the sighting among the 246 reports of UFOs received this month.

In a note along with the witness report, NUFORC said that they have spoken with the seafarer via telephone and he seemed to be unusually sober-minded.

Meanwhile, dismissing a string of claims that suggested UFO sighting on the background of the International Space Station livestream cameras, NASA recently said that no unidentified objects in the popular sense have been seen from the ISS, Huffington Post reported.

UFO hunters earlier claimed the presence of alien in a video clip that showed European Space Agency astronaut Samantha Cristoforetti demonstrating the operation of window shutters at the ISS.