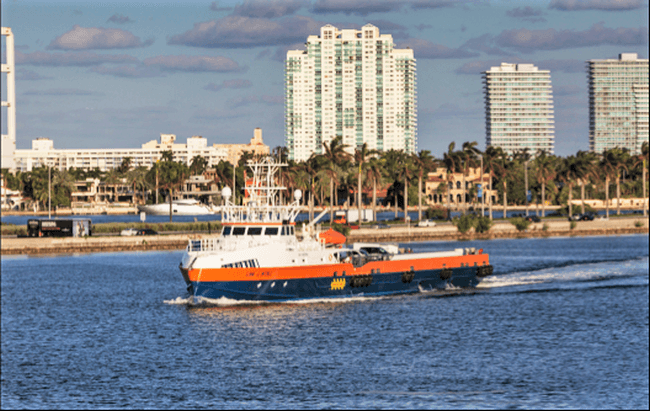 Start-up expenses incurred by both our Brazilian focused joint venture and our Chinese new construction platform supply vessel (“PSV”) joint venture, resulted in $5.6 million in losses from 50% or less owned companies. These joint ventures incurred drydocking and/or mobilization expenses for a total of eight vessels, all of which are expected to begin work and contribute positively to the Company’s results in the third quarter.

Following the end of the quarter, the Company initiated cost reduction initiatives aimed at better aligning its operating expenses with its view of current and prospective market conditions. Cost reduction measures include a reduction of the workforce, reorganization of the management structure, and closure and/or consolidation of certain facilities in the U.S. Gulf of Mexico, Middle East, and Europe. The Company expects that upon completion of these initiatives, it will realize annualized recurring administrative and general savings of at least $8.0 million, representing approximately 17% of the Company’s total administrative and general expense over the last twelve months. The Company anticipates that the initiatives will impact all of its reportable segments and expects the bulk of the initiatives to be completed by the second quarter of 2020. These initiatives will result in a one-time restructuring charge in the third quarter of 2019.

“Our fleet continued to experience an upward trend in utilization and day rates, reflecting consistent improvement for assets since the offshore cycle trough in the first quarter of 2017. Activity levels in the U.S. Gulf of Mexico remain tepid as customer demand is highly sensitive to oil and gas prices. Tendering activity, especially in international markets served by our asset portfolio, points to continuing recovery. Unfortunately, the pace of the recovery is slower than we had hoped, leading us to implement our aggressive cost-cutting initiative.

“Our investments in wind energy support are paying off and continue to develop attractive growth opportunities. Notable highlights from the second quarter were the commencement of a 30-month contract in Europe for our largest and most capable liftboat, increased activity of our CTVs in Europe, and new tendering activity in the U.S. for Jones Act-compliant assets in anticipation of significant offshore windfarm installations off the East Coast.

“We are focused on returning to profit and generating cash, while remaining vigilant in positioning ourselves to take advantage of opportunities in any market conditions. We have proactively reassessed our cost structure and regional footprint and initiated efforts to optimize both. I am confident that these efforts, and our continued emphasis on core assets, regions and services with the highest potential for improved margins, allow us to chart our own path to profitability without depending on a full market recovery in oil and gas services.”