Sea Machines Robotics, a Boston-based developer of autonomous vessel control technology, announced the establishment of a new dealer program to support the company’s global sales across key commercial marine markets. The program includes many strategic partners who are enabled to sell, install and service the company’s line of intelligent command and control systems for workboats. The SM Series products, SM300 and SM200, provide marine operators with a new era of task-driven, computer-guided vessel control, bringing advanced autonomy within reach for small- and large-scale operations. 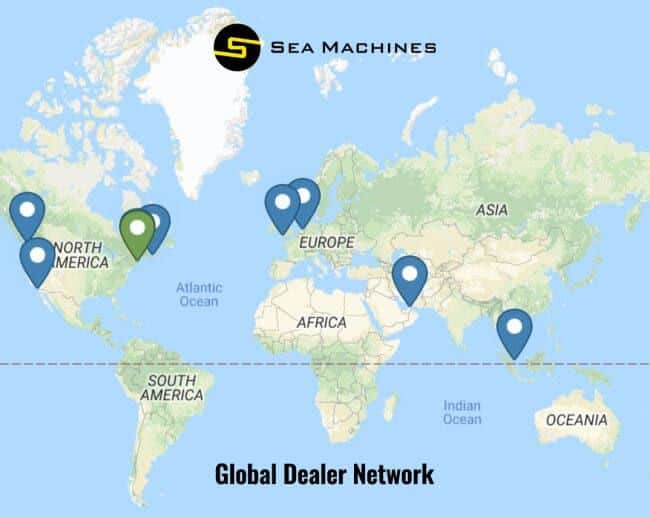 “Establishing this dealer network ensures that customers have access to Sea Machines products and service on a global scale,” said Phil Bourque, director, business development. “We consider each dealer an extension of the Sea Machines factory team, as they are ready to support SM series products from initial sale through post-installation. We look forward to announcing additional dealers in the coming months.”

“With four years of technical development and product testing now completed, we are offering the SM Series of products to the global marine market with extreme confidence. Autonomous and remote-control capability unlock real value in traditional marine operations and open new opportunities on water,” said the company’s founder and CEO Michael Gordon Johnson. “Our focus is on tech that enables a new era of marine and maritime operations, one that is empowered with increased capability, productivity and profitability. I am pleased to be working with this group of first-class integrator/dealers that share credence in progress and innovation.”

Sea Machines SM product series is available now and can be installed aboard existing or new-build commercial vessels with return on investment typically seen within a year. The company is also currently developing advanced perception and navigation assistance technology for a range of vessel types, including container ships. In early 2019, the company will initiate testing of its perception and situational awareness technology aboard one of A.P. Moller-Maersk’s new ice-class container ships.

In December 2018, Sea Machines announced that it had raised another $10 million in venture funding, marking one of the largest venture rounds for a marine- and maritime-focused technology company.