This latest step is part of a package of agreements, signed in 2017, involving the construction of LNG-fuelled Aframax tankers for Rosneft, using the latest technology, in partnership with Zvezda shipbuilding complex in Primorsky region, and their subsequent long-term chartering.

The agreement represents an important further step in the successful cooperation developing between Sovcomflot and Rosneft. When designing the new tankers for Rosneft, Sovcomflot’s in-depth experience of operating large vessels, in adverse climatic and ice conditions, was an important factor taken into consideration. The technical specification of the tankers was designed by Sovcomflot’s specialists with the close involvement of the Far Eastern Shipbuilding and Ship Repair Centre (FESRC). 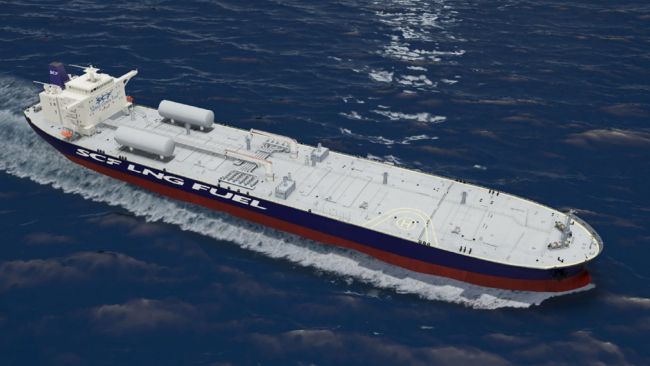 The tankers will have a deadweight of 114,000 tonnes and a 1A ice class, which means they are able to operate all year round in areas with difficult ice conditions.

This series of tankers represents a new generation of vessels, which will use liquefied natural gas (LNG) as their primary fuel, enabling environmental emissions to be reduced significantly. The technical specification of the tankers reflects international restrictions on the emission of sulphur oxides, nitrogen oxides and greenhouse gases, which will take effect from 2020 and will apply, amongst other things, to the Baltic and North Sea areas.

Vessels fueled by LNG will reduce emissions of sulphur oxides and low-dispersive particles by 100 per cent, nitrogen oxides by 85 per cent and carbon dioxide by 27 per cent when compared with conventional engines using marine diesel.

The vessels will be built at Hyundai Heavy Industries (Republic of Korea), the world leader in the construction of modern marine structures and a partner of the Zvezda shipbuilding complex. The vessels are expected to begin operations in 2021.

“Sovcomflot is a world leader in the operation of Aframax tankers, with such ships representing more than a third of the company’s fleet. Vessels currently managed by SCF have been successfully shipping crude oil across the Baltic, North and Okhotsk seas for over 15 years.

“We welcome the further expansion of mutually beneficial cooperation with Rosneft, the largest exporter of Russian oil. We hope that in the future the construction of such new generation large-capacity tankers, with LNG-fuelled engines, in Russia will encourage the development of the necessary infrastructure, which enables vessels to bunker with LNG at ports in Russia.

“SCF Group already provides technical management for three Rosneft-owned ice-class tankers (RN Arkhangelsk, RN Murmansk, and RN Privodino, each of 30,000 tonnes deadweight), all of them engaged in transporting oil and petroleum products across the Baltic Sea and in the Arctic,” Mr. Ambrosov concluded.