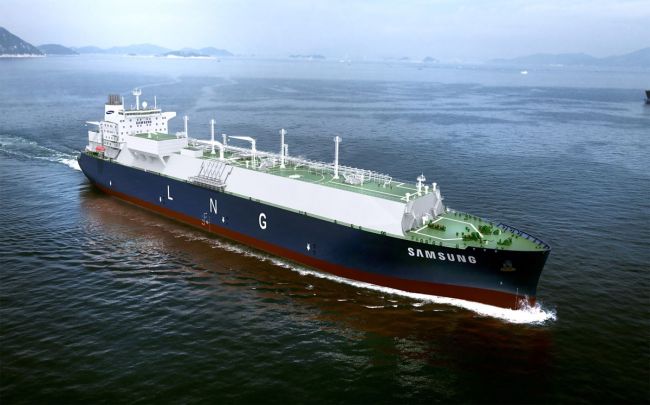 Samsung Heavy Industries secured additional core technology for fuel cells that can be applied to its main products, such as LNG carriers and shuttle tanks, by 2022 through joint development with Bloom Energy, which has succeeded in commercializing solid oxide fuel cells (SOFCs) for the first time in the world. By doing so, we plan to further secure the technological preemption for future eco-friendly ships.

Prior to the signing of this business agreement, the two companies obtained the world’s first approval for the basic design (Approval in Principle) of crude oil carriers applied to fuel cells from DNV GL, a Norwegian German ship, in September last year.

The fuel cell has a very high power generation efficiency and has a great effect on reducing environmental pollutants such as sulfur oxides (SOx), nitrogen oxides (NOx), and greenhouse gases (CO2). It is evaluated as an eco-friendly energy source.

Meanwhile, the International Maritime Organization (IMO), which forced ships to reduce greenhouse gas emissions by more than 30% by 2008 by 2025, said at the 2018 Marine Environment Protection Committee’s MEPC 72nd Conference, , And it will be implemented as soon as possible. We are considering strengthening regulations to 40% in 2030 and 70% in 2050.

Jang Hae-gi, head of Samsung Heavy Industries’ Technical Sales Team, said, “The stronger the environmental regulations, the faster the tendency to escape from traditional ship fuel oil will be.” “Samsung Heavy Industries’ fuel cell ship technology will be the safest in the shipping industry in the future. It will be an economical and eco-friendly solution.”

President of Sridal Bloom Energy also emphasized, “We will be able to achieve the mission of reducing emissions and developing clean energy at the same time through technological cooperation with Samsung Heavy Industries.”