Rescue efforts have been launched by the South African Maritime Safety Authority (SAMSA ) Maritime Rescue Coordinating Centre (MRCC) to assist retrieve a foreign vessel that was reportedly in distress off the eastern coast of South Africa near Port St Johns on Wednesday evening.

According to Captain Daron Burgess, technical manager for SAMSA’s southern region in Port Elizabeth, the vessel – a 4 900 tonne general cargo ship named BBC Shanghai, registered in Antiqua Barbuda – reported being in trouble with its engines while sailing off the Indian Ocean about a few hundred nautical miles south of Port St Johns towards East London in the Eastern Cape.

Its exact position at the time, according to the MRCC in Cape Town was at 21h48LT , 22.8NM east of Mbashe Point, south of Port St Johns. According to vessels tracking site, marinetraffic.com the BBC Shanghai was travelling from Durban headed for Lagos in Nigeria. It had left the port of Durban on Monday and was scheduled for Lagos on or about 28 March.

At midnight on Wednesday, Capt Burgess said while the MRCC kept the vessel’s situation under a close watch, rescue efforts were being coordinated between services in Port Elizabeth and East London to mobilize a set of tugs towards the vessel. 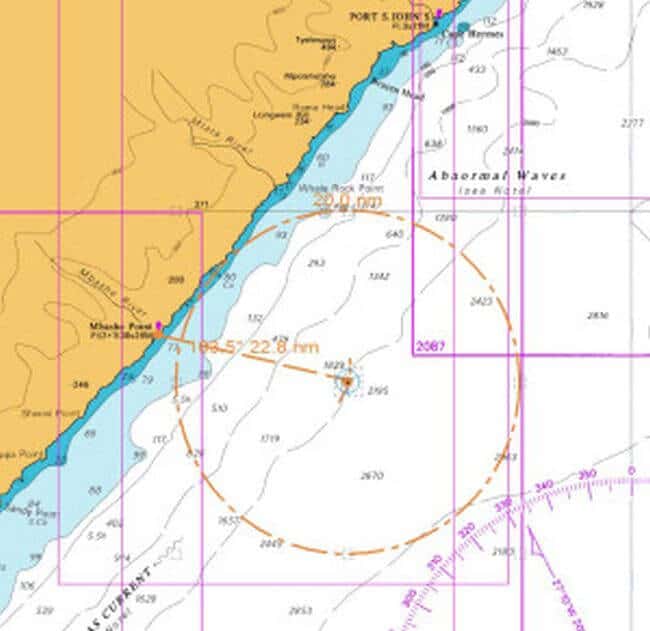 Capt Burgess reported the vessels as afloat and adrift and the rescue efforts were to first try and prevent it from running aground, keeping the safety of the crew and pollution of the environment in mind. He confirmed that SAMSA was also in the process of establishing the vessel’s type of cargo in order to try and secure it from possibly polluting the ocean should the situation deteriorate.

He confirmed that SAMSA was also in the process of establishing the vessel’s type of cargo in order to try and secure it from possibly polluting the ocean should the situation deteriorate.