An urgent alert warning has been issued to vessels sailing on the Indian Ocean east of South Africa to be on the lookout for cargo containers that reportedly fell off a trade cargo container ship, some 22 nautical miles off the coast of Durban a week ago. 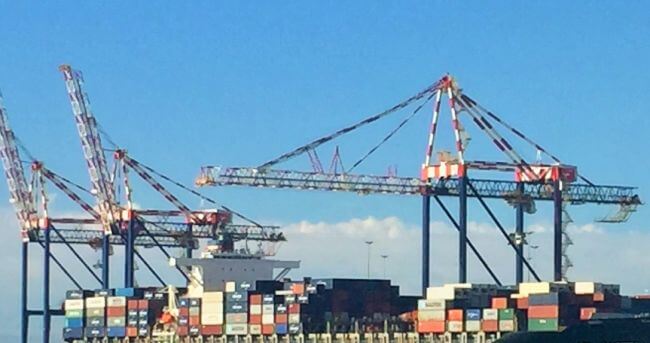 According to the South African Maritime Safety Authority (SAMSA) which has launched an investigation into the matter, the loss of more than a dozen cargo containers by an MSC vessel occurred on Tuesday, 07 August 2018, while sailing between Port Elizabeth and Durban.

SAMSA said on Monday that a total 13 containers were reportedly lost overboard by the MSC CHLOE at about 11.30pm on Tuesday night a week ago while it was sailing the Indian Ocean in position Latitude 30 degrees 02.65 ‘ South, Longitude 031 degrees 25.9 ‘ East – corresponding to about 21.6 nautical miles ESE of Durban harbour in 550 metres of water depth.

“The vessel was on a voyage from Coega (Ngqurha port in Port Elizabeth) to Durban. Reportedly the vessel was drifting and awaiting berthing instructions when a huge swell struck and caused the vessel to roll about +/- 30 degrees on either side, thereby leading to the containers falling off their stacked position.

“A navigational warning is being broadcasted by the Maritime Rescue Coordinating Centre (MRCC) Cape Town and transiting vessels in and around the area are requested to keep a sharp lookout and to report to MRCC Cape Town and Durban Port Control of any sighting,” said SAMSA in a statement.

Giving more detail on the type of containers and nature of cargo they contained during the incident, SAMSA said: “The containers lost overboard have been identified as 11 x 40 ft. (HC) , 1 x 40 ft. (Open Top) and 1x 40 ft. ( with citrus fruit) and another 25 CTU on board have sustained damage.

“The vessel’s owners, MSC has confirmed the contents of the containers as general cargo ranging from cardboard boxes, plastic bottles, machinery shafts and agricultural supplies. No lost container contained any IMDG (dangerous) cargo or Marine Pollutants.”

SAMSA said it also verified that “declared IMDG containers (dangerous goods containers) as per vessel’s stowage plan were on board in their respective positions.”

SAMSA further said it has launched an investigation into the incident since the vessel berthed at the port of Durban on Thursday.