The salvage operations of the container vessel MV SSL Kolkata that had caught fire last month, is continuing in rough weather conditions with 2- 4 metre swells. The vessel is grounded at about 8 nautical miles off the ecologically sensitive Sundarbans since the 13th of last month when its cargo area had caught fire following an explosion. All 22 crew members were rescued by the Indian Coast Guard. 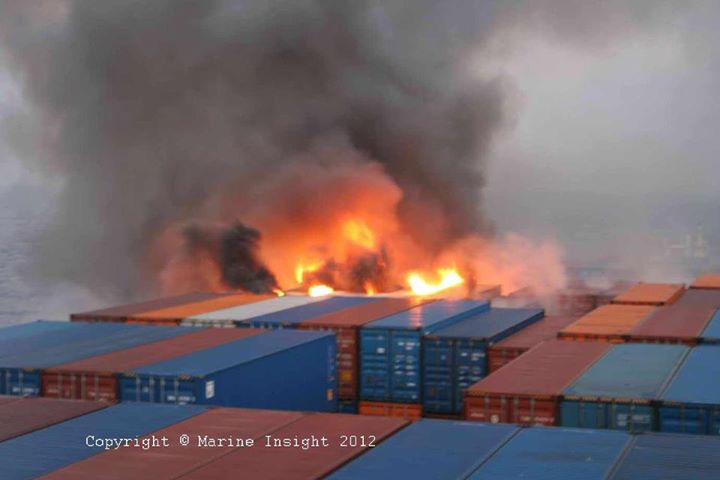 The Directorate General of Shipping and its allied office, Mercantile Marine Department, Kolkata, Govt. of West Bengal, the Indian Coast Guard and various authorities have been constantly monitoring the developments as the salvage efforts continue. There is no apparent damage caused to the environment as of now except a minor oil leakage from vessel which is being attended to with means of oil spill combating gear. Investigation by the Directorate is under progress.

The Salvors, M/s SMIT International salvage has been on site since the beginning of the incident on 15.06.2018. Vessels, tugs, crane barges and oil spill response equipment have been mobilized and deployed for salvage and oil recovery operations. The International Tanker Owners Pollution Federation (ITOPF), a leading marine ship pollution response advisor have also been appointed as specialists for advising and coordinating with local authorities. A team from Oil Spill Response Ltd. (OSRL), the world’s largest industry funded agency for oil spill recovery is on site to initiate preventive measures in the event of oil pollution.

On the request of the Directorate, the IAF aircraft sprayed water to control fire and M/s ONGC released AHTS ‘Greatship Amrita’ to assist the Salvor. Due to shallow waters, only small fishing vessels/trawlers or vessel with less draft can approach the ship. Inclement weather due to south west monsoon is proving to be a challenge. Therefore, shallow draft barges have been specially sourced from Singapore and UAE and are expected to arrive on site shortly. The two vessels will facilitate bunker oil and cargo removal operations.

A team from Le Floch Depollution, a specialised clean up contactor with expertise in mangroves is also on site near the Sunderbans. A helicopter dispersant system is also being tested by the Indian Air Force team. Despite the adverse weather conditions, a dive team from SMIT is scheduled to attempt an underwater inspection of the Vessel to assess the hull condition.