You are here: Home › Shipping News › Safeguarding Cadets From Physical And Mental Abuse – Lessons For The Future
TwitterFacebookLinkedInPinterestBuffer

Following an incident onboard a Liberian flagged container vessel entering UK territorial waters in February 2021 in which a male engineering cadet was attacked by a fellow crew member thereby putting him in fear for his safety, Human Rights at Sea publishes an Insight Briefing Note on the key issue of safeguarding cadets’ safety, health and well-being.

The cadet in question had his personal safety secured onboard following rapid intervention by HRAS in concert with the management company and the Master over a weekend period, with subsequent support provided from UK-based welfare organisations, the Mission to Seafarers and Queen Victoria Seamen’s Rest (QVSR). QVSR provided in-person welfare support, including access to medical intervention ashore.

The cadet was repatriated home at the company’s expense, though he has discontinued his fledgling career in shipping at the time of writing. 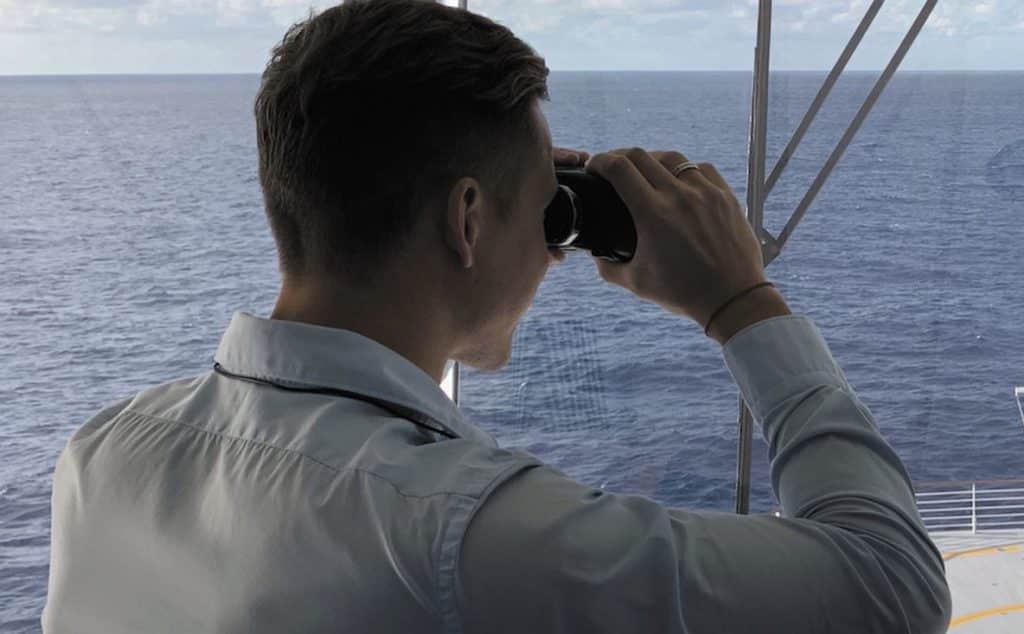 During this formative period in their lives, both professionally and personally, the selected individuals are mentored across the required disciplines and departments, and it is these initial experiences which can and will define them for the rest of their lives.

It is therefore crucial that young people, who themselves are maturing, are safeguarded at every stage in what is a disciplined environment where trainee and professional crew need to be able to rely upon one another to function effectively in a restricted environment, often with long periods at sea away from their normal childhood support networks.

It is also fundamental for the safeguarding of the individual that where any form of bullying, harassment and exploitation occurs it must be prevented at the first instance and, upon initial reporting, stopped immediately.

The objectives of this new publication are threefold:

HRAS welcomes the direct and continuing engagement of the Hamburg-based ship management company, Peter Döhle Schiffahrts-KG, with whom the cadet was employed at the time of the incident.

While perspectives and recollections between the parties involved in the incident may vary, HRAS and Peter Döhle Schiffahrts-KG are in agreement that such incidents require to be dealt with immediately to safeguard the individual and lessons learned must be implemented.

Human Rights at Sea sincerely thanks the cadet in question for their courageousness in providing such a detailed insight into their perspective of events leading up-to-and-including this unfortunate incident. We further acknowledge and welcome the willing engagement of Peter Döhle Schiffahrts-KG in collaborating with this international publication, and their implemention of internal changes to training and awareness on this issue.

CEO David Hammond Esq. commented: “Safeguarding cadets and crew must be an absolute priority onboard every vessel. It is also deeply regrettable that this incident resulted in a promising cadet leaving the industry. Nonetheless, lessons must be learned and implemented with transparency, accountability and better cadet education being key to prevention.”

“The willingness of Peter Döhle Schiffahrts-KG to address the issues raised and to be public in their involvement with Human Rights at Sea sets an important precedent, which we encourage other shipping companies and supply chain entities will follow.”

HRAS Advisory Board member, Yrhen Bernard Sabanal Balinis stated: “Experiences like these negatively impact the perceptions for the maritime industry. It is saddening that a remarkable cadet suffered abuse in the hands of his role model. The way that an officer will become in the future is highly dependent on how he was treated in his formative years as a cadet, or rating. May his case inspire positive change.”