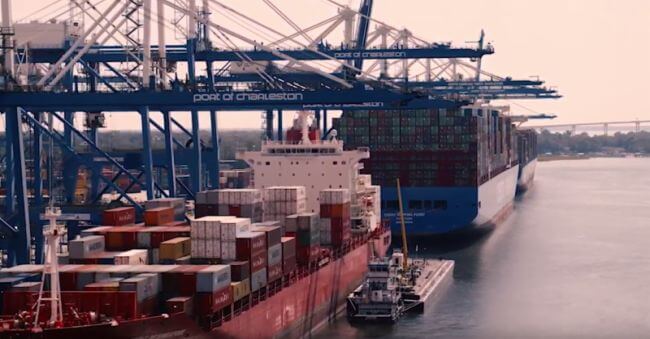 SCPA handled 210,542 twenty-foot equivalent container units (TEUs) at the Wando Welch and North Charleston container terminals in July, up 5% from the year prior.

As measured by the total number of boxes handled, SCPA moved 119,700 pier containers in July, up about 5% from a year ago.

“We accomplished so much in fiscal year 2019, including record cargo volumes and rail moves. We are excited to see fiscal year 2020 starting off so strong,” S.C. Ports Authority president and CEO Jim Newsome said. “Our entire maritime community — especially those working our terminals and running our operations — make these achievements possible.”

Inland Port Greer had its second-busiest month and strongest July ever with 15,338 rail moves, up 57% from this time last year.

Inland Port Dillon, now in its second year of operation, reported 2,889 rail moves in July, up 122% from a year ago when operations were ramping up.

“In fiscal 2020, we will work to grow our cargo volumes, particularly with increased retail cargo and distribution center presence, to support our ongoing infrastructure projects,” Newsome said. “In 2021, we will have the deepest harbor on the East Coast and the Hugh K. Leatherman Sr. Terminal — the only new container terminal in the U.S. — will open in North Charleston.”