The latest cruise ship under construction – Anthem of the Seas – will leave building dock II of Meyer Werft shipyard in Northwestern Germany on Saturday, 21. February 2015.

The 168.600-gt cruise ship Anthem of the Seas, one of the largest cruise ship in the world, is schedule to leave the shipyards covered building dock II early morning around 07.00 am. The ship is built for US cruise operator Royal Caribbean International. 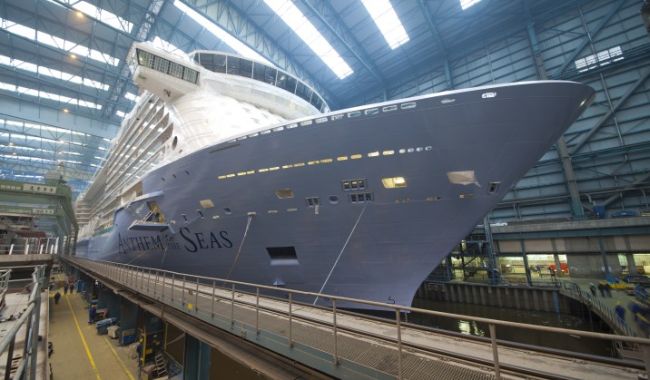 Following the float-out, the Anthem of the Seas will be berthed alongside the yard’s pier for one night, before being turned on 22 February for the thruster and stabiliser tests in the yrads harbour.

With the ship berthed at the yard’s pier, the remaining interior works as well as tests and trials will be carried out on board until the ship’s conveyance down the river Ems to the North Sea, which is scheduled for mid of March.