Captain Shindy, who is the RAN’s Director Littoral Warfare and Maritime Support and the Chief of Navy’s strategic adviser on Islamic Cultural Affairs, was also a joint winner of the 2015 Government and Academia Award.

“I am thrilled by the recognition of Captain Shindy’s work and congratulate her on winning this coveted award,’’ Minister Payne said. 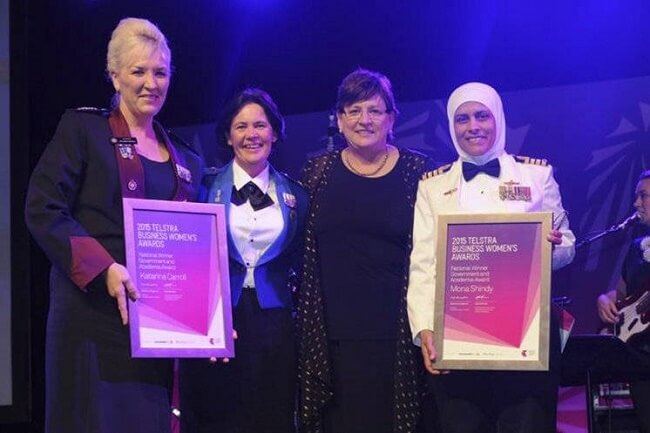 “It is recognition of Captain Shindy’s long and distinguished career in the RAN where she is in charge of some of the Navy’s largest and most complicated procurement programs.

“Captain Shindy has also championed diversity and shown strong leadership to bring out the best in her teams.

“I am also very proud to say that Defence was particularly well represented at the 2015 Telstra Business Woman of the Year Awards with Brigadier Georgeina Whalen, Director General Garrison Health Operations, also a finalist for the Businesswoman of the Year Award and the Government and Academia Award.

“Both women are inspiring role models amongst their colleagues, and for the next generation of female leaders considering a career in our Defence Force, Government or business.

“I look forward to an opportunity to celebrate with our award winners,” Minister Payne said