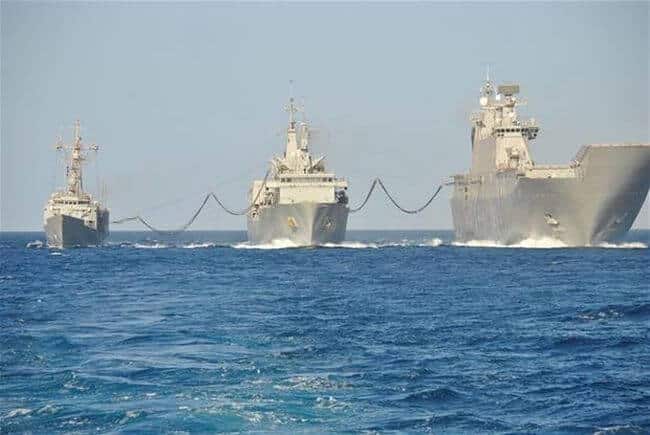 Lex Nijsen – Head of Four-Stroke Marine – MAN Diesel & Turbo, said: “We are currently receiving a lot of enquiries within the Navy and Governmental segment for MAN engines and, indeed, experiencing solid interest in the form of orders as evidenced here. As with the engines they replace, these Royal Australian Navy newbuildings are also powered by MAN units. We welcome the repeat business and feel it stands testament to the quality of our portfolio.”

The order was made under the auspices of the RAN’s SEA 1654 programme, Phase 3 of which includes the replacement of existing supply ship, ‘HMAS Sirius’ – powered by MAN Diesel & Turbo two-stroke engines. Navantia offered the RAN a design proposal based on the Spanish Navy’s proven, auxiliary-oiler replenishment ship ‘SPS Cantabria’.

Fleet support tankers are part logistics/supply vessels. Known as replenishment oilers, they are naval auxiliary ships with fuel tanks and dry cargo holds, which can conduct underway replenishment on the high seas.

Replenishment oilers are often one of the largest ships in a navy and designed to carry large amounts of fuel and dry stores for operational support far from port. Such ships have multiple refuelling gantries to refuel and resupply multiple ships simultaneously.

The Royal Australian Navy is the naval branch of the Australian Defence Force. Currently, the RAN consists of 47 commissioned vessels, 3 non-commissioned vessels and over 16,000 personnel. The navy is one of the largest and most sophisticated naval forces in the South Pacific region, with a significant presence in the Indian Ocean and worldwide operations in support of military campaigns and peacekeeping missions.

Navantia is a Spanish state-owned shipbuilding company that offers its services to both military and civil sectors. It is the fifth-largest shipbuilder in Europe, and the ninth largest in the world with shipyards all over Spain.