The Port of Rotterdam Authority is calling on the European Parliament to put pressure on the International Maritime Organization (IMO) to produce an ambitious worldwide CO2 reduction plan for sea shipping. Given the recent plans, measures could only be expected by 2023 at the earliest. “Far too late. The plans are not challenging enough,” believes Allard Castelein.

The CEO of the Port of Rotterdam Authority issued his call on the eve of the vote on revising the EU ETS directive, in the European Parliament’s Environmental Commission. This directive, aimed at reducing CO2 emissions by pricing them and enabling the number of permits to reduce each year, embraces many European sectors, but not shipping. The Port Authority advocates including shipping in the EU ETS in 2023, if the measures which have then been taken by the sector are not sufficient for achieving a CO2 reduction. 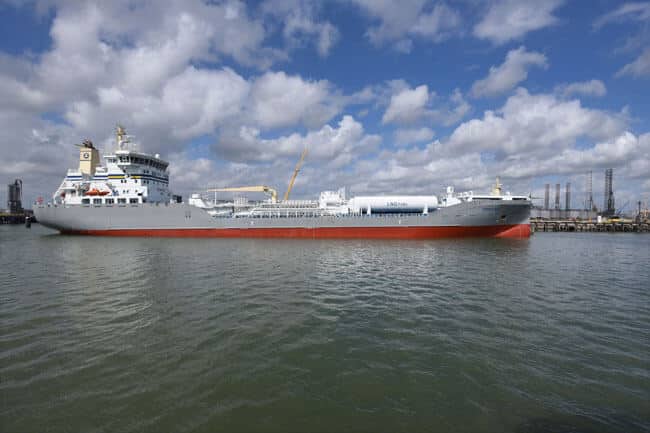 In this the Port Authority is responding to decisions on a step-by-step plan for CO2 reduction in shipping. These were taken during the 70th meeting of the IMO Marine Environment Protection Committee at the end of October. The Port of Rotterdam Authority calls on the European member states and organisations to keep up the pressure on the IMO. It argues for concrete plans containing a reduction target for shipping, on which basis a start can also be made in 2018 with implementing short-term and medium-term measures. “We are prepared to make a supportive contribution to the implementation of measures, for example through the Environmental Ship Index or by separate initiation of an initiative aimed specifically at greenhouse gases,” notes Castelein.

The Port of Rotterdam Authority’s position is part of its aspiration to take the lead in the energy transition to fulfil the Paris accords. By investing in digitisation, cleaner and low-CO2 fuels and multimodal hinterland connections, energy efficiency improvements and further reductions in CO2 emissions are possible across the entire logistical chain. This also requires global shipping to deliver its ‘fair share’. The Port Authority believes that Europe must play a leading role in this.