With every kilometre that you bore down from the Earth’s surface, the local temperature increases by approximately 30°. This heat from our planet’s (deep) crust layers is called geothermal, i.e. ‘heat from the earth’. As a source of heat and warmth, geothermal energy may present a good alternative to fossil fuels and sustainable options like solar power, wind and biomass. Over 15 systems in the Netherlands presently make use of geothermal energy.

In view of the strong energy demand in Rotterdam’s industrial sector, the Port of Rotterdam Authority is currently examining which options there are to extract geothermal energy from deep within our planet’s crust. After all, after descending some 5 km into the Earth, the temperature has already risen to around 170°C. If this heat is transferred to the surface in the form of hot water, it may form a good source of sustainable energy for industrial purposes – particularly the production of steam. Furthermore, after being used by industry (and having cooled off a bit further), the hot water can also be used to heat homes and greenhouses via a regional heat network. 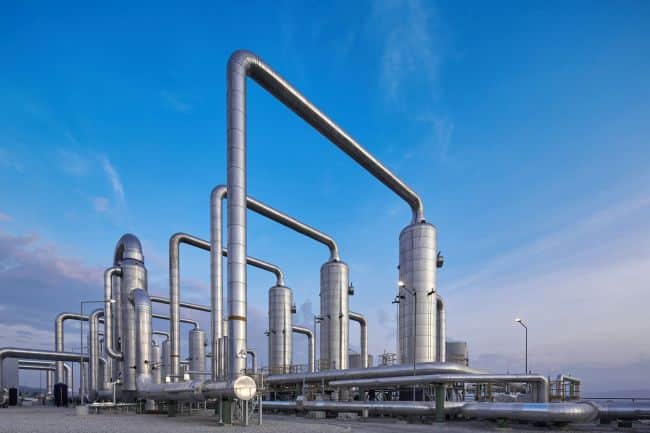 Some 4 to 8 km below the surface of the Netherlands lies a series of rock layers known as the Dinantian. These strata offer good prospects for the extraction of geothermal energy thanks to the combination of their depth (a relatively high temperature) and their composition (permeability). Preliminary research has indicated that the most promising sites in the port area for undertaking such a project are the Maasvlakte and the western section of Europoort. Here the Dinantian is situated some 5 km below the surface.

The study into the utilisation of geothermal energy in the western port area is part of the Green Deal Ultra Deep Geothermal Energy, signed on 19 June 2017. In this covenant, seven private consortia and the Dutch Ministry of Economic Affairs have agreed to explore opportunities to utilise geothermal energy deep below the Earth’s surface at a variety of locations throughout the Netherlands. These studies are facilitated by the Ministry, EBN and TNO. The signatories to the Green Deal have agreed to share knowledge and experience with each other. The study in Rotterdam’s western port area is jointly performed by the Port Authority and NAM.

The partners have set a number of programmes in motion, which will run concurrently. A particularly important programme is the technical survey, which examines the opportunities and risks presented by geothermal extraction at this depth and at this site. A large part of this survey is based on the analysis of the available seismic data relating to the various strata. Another, equally important research subject is which opportunities there are to utilise the extracted steam and heat: there needs to be a concrete demand for geothermal energy and it needs to be able to compete with other sources.

In addition, the Port Authority will be applying for an exploration permit, so that it can use local borings to determine whether geothermal energy can be extracted at this depth. It is expected to take six to twelve months to obtain this permit. If the technical survey indicates that trial borings are likely to yield results, these borings are expected to be performed in 2019 at the earliest. If the borings show that geothermal extraction is indeed possible at the site in question, this activity will first need to be approved by means of a separate extraction permit.

Vessel Detained In Strait Of Hormuz By Iranian forces – Dryad