The Rolls-Royce led Advanced Autonomous Waterborne Applications Initiative (AAWA) project unveiled a vision of how remote and autonomous shipping will become a reality, changing the nature of the shipping industry. The project’s first year findings were presented at a conference at Helsinki’s Finlandia Hall last week.

Mikael Makinen, Rolls-Royce, President – Marine, speaking at the conference said: “Autonomous shipping is the future of the maritime industry. As disruptive as the smart phone, the smart ship will revolutionise the landscape of ship design and operations.”

According to Jouni Saarni, Development Manager, Centre for Collaborative Research at the Turku School of Economics: “Remote and autonomous ships have the potential to redefine the maritime industry and the roles of the players in it with implications for shipping companies, shipbuilders and maritime systems providers, as well as technology companies from other sectors, especially automotive.” 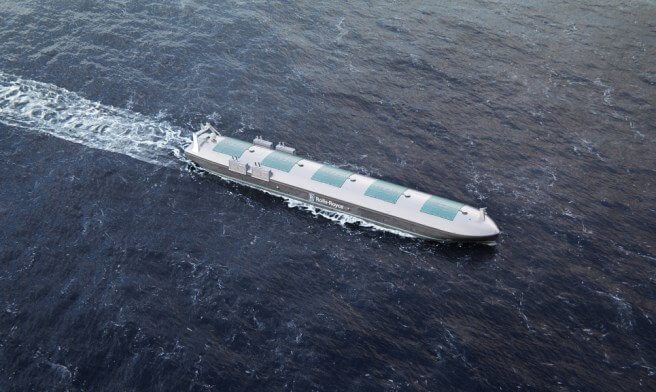 Constant real-time remote monitoring of vessels worldwide will see ships become more closely integrated into logistics or supply chains, enabling global companies to focus on using a whole fleet to best effect, generating cost savings and improving revenue generation. This has the potential to create new shipping services, such as online cargo service marketplaces, more efficient pooling and leasing of assets, and new alliances. Some of these services will support existing players in the market and others will be more disruptive – allowing new players to enter and potentially capture a significant share of business in the same way as Uber, Spotify and Airbnb have done in other industries.

According to Jonne Poikonen, Senior Research Fellow, Technology Research Centre at the University of Turku who, with Dr Mika Hyvönen, Senior Research Fellow at Tampere University of Technology, is leading the project’s technology research, said: “The technologies needed to make remote and autonomous ships a reality exist – the sensor technology needed is sound and commercially available and the algorithms needed for robust decision support systems – the vessel’s ‘virtual captain’ – are not far away. The challenge is to find the optimum way to combine them cost effectively in a marine environment.” 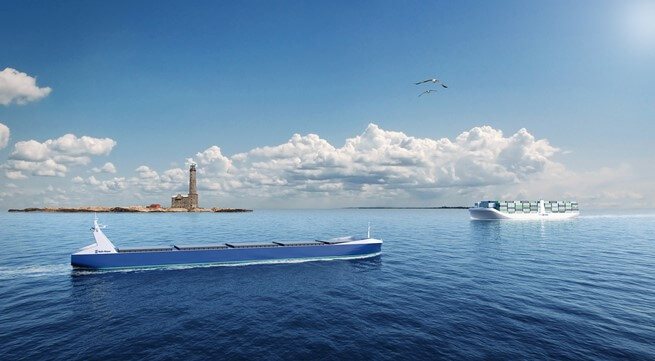 A series of tests of the sensor arrays in a range of operating and climatic conditions will be carried out in Finland in the coming months. Those tests will be on board Finferries 65 metre double ended ferry, the Stella, which operates between Korpo and Houtskär.

To secure regulatory approval, the support of ship owners, operators and seafarers, as well as wider public acceptance, the operation of remote and autonomous ships will obviously need to be at least as safe as existing vessels. According to Risto Jalonen, Senior Research Scientist at Aalto University, who is leading the project’s safety strand: “The marine industry has some experience of systematic and comprehensive risk assessments. However, when new or emerging technology is involved a wider and deeper understanding of a new and changed risk portfolio – with a variety of known and unknown hazards – is needed. The AAWA project is identifying and exploring these hazards and developing approaches to tackle them.”

Cybersecurity will also be critical to the safe and successful operation of remote and autonomous vessels. The project is identifying and adapting current best practice from a range of industries for application in the marine environment.

The results of such studies will be used to make recommendations to regulators and classification societies to support the development of standards for remote and unmanned vessel operation.

Such rules are vital to the development of remote and autonomous ships according to the project’s legal strand leader Dr Henrik Ringbom Adjunct Professor at the Åbo Akademi University in Turku/Finland: “For remote and autonomous shipping to become a reality we need efforts at all regulatory levels. The legal challenges of constructing and operating a demonstration vessel at a national level need to be explored, while simultaneously considering appropriate rule changes at the IMO. Legislation can be changed if there is the political will.”

Questions of liability for autonomous ships are subject to national variations, but generally it seems that there is a less urgent need for regulatory change in this field. What also needs to be explored is to what extent other liability rules, such as product liability, would affect traditional rules of maritime liability and insurance. These questions are being studied by researchers at the Faculty of Law at the University of Turku.

The project has been supported by Finnish Funding Agency for Technology and Innovation of Tekes. Rauli Hulkkonen, Tekes, Chief Advisor, said: “This project is a fantastic opportunity to establish the Finnish maritime cluster as the world leader in maritime remote control technology.”

The conference also introduced the project’s first commercial ship operators; ferry operator Finferries, and dry bulk cargo carriers ESL Shipping Oy.  Finferries will assist the project by carrying out a series of tests of sensor arrays in a range of operating and climatic conditions. ESL Shipping Ltd will help the project explore the implications of remote and autonomous ships for the short sea cargo sector.

Closing the conference Oskar Levander, VP of Innovation, Rolls-Royce Marine said: “This is happening. It’s not if, it’s when. This work supports the development of remote controlled and autonomous vessels and will enable proof of concept demonstration following the completion of the project. We will see a remote controlled ship in commercial use by the end of the decade.”