The ferry will operate in North Norway for its owner Torghatten Trafikkselskap, and the contract includes an option to supply propellers for two additional ferries.

These types of double-ended ferries are designed to commute back and forth between ferry quays along the rugged Norwegian coastline, and are vital connectors in the country’s road infrastructure. 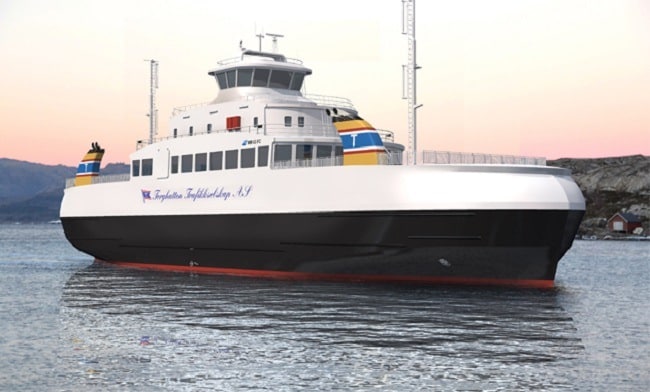 The new ferry will be built by Fiskerstrand yard, near Ålesund. It will be built to run on 100 per cent bio diesel, reducing the environmental footprint in areas where electrical shore power is not available when the vessel is in port.

It has been designed to allow for future upgrades to a hybrid, plug-in hybrid or fully electrical battery powered ferry. This will give the owner flexibility on where the ferry can operate in the future.

The main propulsion (AZP85) from Rolls-Royce will help give the ferries improved steering stability and manoeuvrability. The thrusters feature full feathering propellers so the operator can reduce the amount of engine power needed during crossings. This will help reduce fuel consumption and also increase the overall efficiency of the vessels.

In April Rolls-Royce announced similar contracts with Bastø-Fosen and Fjord 1 in Norway for azimuth propulsion systems for a total of five new double ended ferries, with the option of one more for Fjord 1. All six ferries are designed by Multi Maritime, and included in the Helicon X3 propulsion control system from Rolls-Royce.