Rolls-Royce has received an order for four B33:45L diesel engines to power the world’s largest hybrid ferry being built for the Norwegian cruise and transport company Color Line.

The ferry is designed by Fosen and will be built at Ulstein Verft in Norway. When completed by the summer of 2019, it will operate on the crossing between Sandefjord in Norway and Strømstad in Sweden.

The new Color Line ferry will be a plug-in hybrid combining diesel and electrical power. The batteries will be recharged via a power cable with green electricity from Color Line’s own shore facilities or recharged on board by the ship’s generators. The 160-metre long vessel will have a capacity for 2,000 passengers and 500 cars. 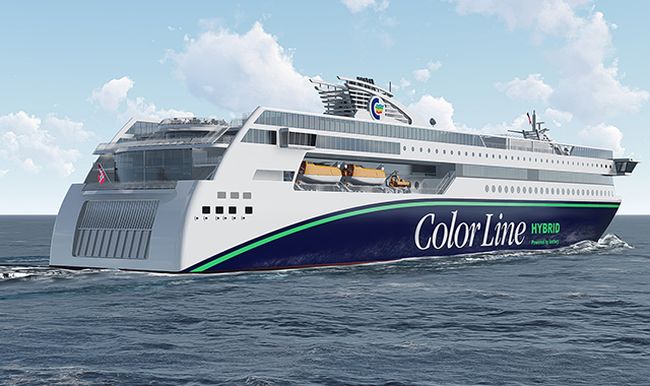 The four engines from Rolls-Royce are scheduled to be delivered in March 2018. The contract comes with an option to provide engines for a second vessel.

Kjell Harloff, Rolls-Royce, VP Engines – Marine, said: “The shipbuilding industry in Norway has lately proven its competitiveness internationally in the cruise and ferry market, and we are proud to be part of these innovative new building projects. Our Bergen engines have now been sold to nine vessels in this particular segment over the past year. It is a track record which demonstrates a highly attractive and competitive engine range.”

The Bergen B33:45 In-line diesel engine from Rolls-Royce was first introduced at SMM, Hamburg, in September 2014. Available with six, eight or nine cylinders, close to sixty engines have been sold to date. Orders have been received for various vessel types from all over the world including Norway, UK, Spain, Canada, China, Singapore and New Zealand. Last month, during the Nor-Shipping event in Oslo Rolls-Royce also launched an expansion of the engine range in this series, with a new a V-line version to address a bigger portion of the marine and land market.

The Norwegian company Color Line represents more than 100 years of continuous line of traffic between Norway and Europe. The company was established in 1990, based on the Kosmos-companies Jahre Line and Norway Line. Today they are Norway’s largest and one of Europe’s leading cruise and transport shipping companies, and operate six RoRo passenger ferries in regular traffic between Norway, Sweden, Denmark and Germany.