LNG is growing in popularity as a marine fuel, and to date Rolls-Royce has delivered a total of 63 LNG engines to ships. LNG reduces Nitrogen Oxide (NOx) emissions by about 90 per cent while Sulphur Oxide (SOx) and particulates emissions are negligible. LNG engines also reduce CO2 emissions by 25 to 30 percent in general, compared to diesel or heavy fuel oil powered vessels. Emissions from Rolls-Royce gas engines are already within the limits of International Maritime Organisation (IMO) Tier III environmental legislation, due to come into force in 2016. 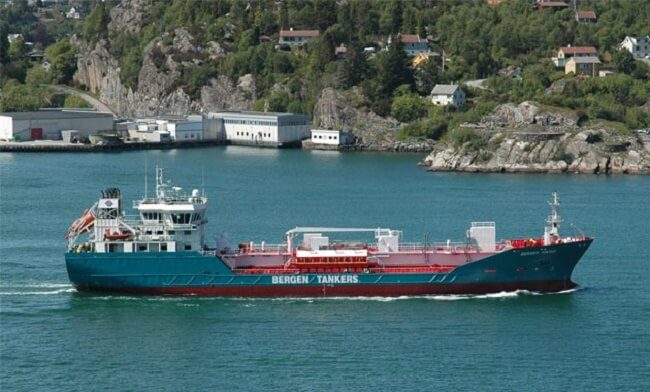 Kjell Olav Haugland, Managing Director of Bergen Tankers, said: “We are delighted to take over a renewed and more environmental friendly vessel. Our fleet sails along the long and beautiful Norwegian coast, and visit several ports every day, reducing emissions is an obligation we take very seriously. With the Bergen Viking returning to service we are also looking forward to significant savings in operational costs.”

John Knudsen, Rolls-Royce, President – Commercial Marine, said: “The Bergen Viking project demonstrates that LNG is an option not just for new vessels but can be successfully retrofitted into existing ships to deliver significant economic and environmental benefits for owners.” 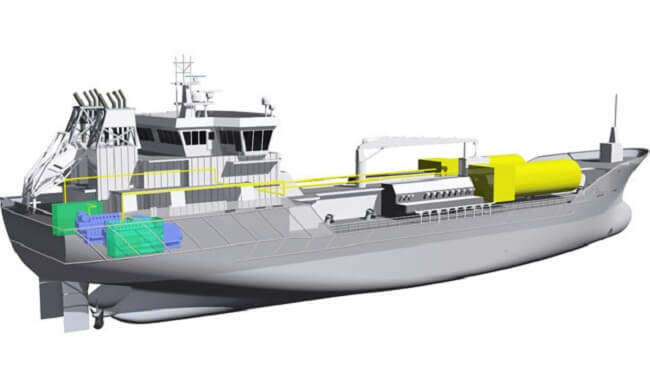 Rolls-Royce engines fuelled solely by natural gas have been in production since 1991 and have completed over 25 million hours of operation; one million at sea. Since the introduction of Bergen Engines lean burn technology, more than 650 gas engines have been delivered for operation on land and at sea. The first engines using LNG entered service in 2006 powering doubled-end car ferries. The 63 Bergen LNG-fuelled marine engines are now in operation on a range of ship types including coastal cargo ships, tankers, cruise ferries, tugs and offshore support vessels.
Rolls-Royce has developed its expertise in the use of LNG as a marine fuel and secured a range of contracts to power both new vessels and retrofits.

These include a collaboration agreement with Spanish energy company Gas Natural Fenosa to develop and install a pure-gas Bergen engine aboard the Baleària-operated ferry Abel Matutes a 29,670 tonne ROPAX ferry, delivered in 2010.The contract gives Rolls-Royce its first reference for a pure-gas engine installation on a European-flagged ferry operating outside of Norwegian waters.

The company has also signed a contract with Keppel Shipyard in Singapore to supply two all-gas engines for power generation on-board a Floating Liquefaction Vessel (FLNGV) owned by Golar LNG Ltd. The vessel Hilli was a former LNG carrier and is being converted to a FLNGV carrier. The contract includes an option for additional two engines for a second Golar LNG carrier to be converted, Gimi.

The Bergen engine range is produced in Norway by Rolls-Royce Power Systems, part of the Group’s Land & Sea division.