At least seven Pakistanis on board an Iranian cargo ship were reportedly killed after a rocket attack destroyed the vessel off the coast of Yemen last week.

The vessel, MV Joya, was en route to DubaMV Joyai from Egypt when it was hit by a rocket in Yemini waters and there were eight Pakistani crew members on board, including Captain Aneesur Rahman,Geo News reported.

Report said one of the crew members, Ship Officer Kabir, survived the accident by jumping off the sinking ship. Kabir somehow managed to reach the coast and informed the authorities.

However, there is no claim of responsibility for the attack so far. 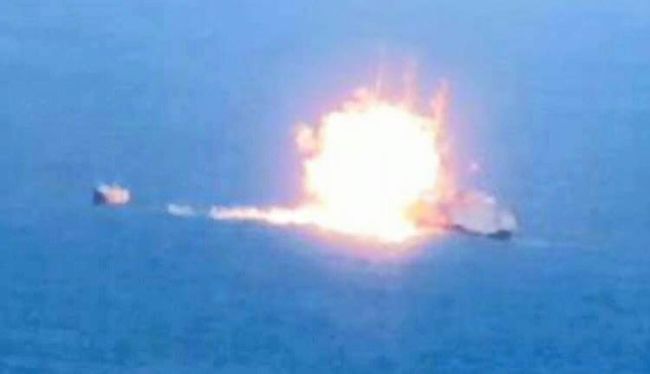 A Facebook post of the Ansar Burney Trust, along with pictures of alleged attack, stated that the trust received information through its sources that a vessel named “MV JOUYA-8” has been hit by a rocket and reportedly destroyed.

The ship was heading towards Gulf from Egypt via Sea of Hodeida Yemen and one of the Pakistanis onboard the ship was coming back to Pakistan as he was reportedly signed off from the ship, the Facebook Post added.

The Trust also said one of the crewmembers survived as he was able to swim towards some island.

Yemen’s months-long civil war, between two factions claiming to constitute the Yemani government, has so far claimed the lives of more than ten thousand people, including thousands of civilians.

New Record Set For Largest-Capacity Vessel To Transit Expanded Panama Canal
Want to share your tips and advice? Got questions? Visit the community forum to ask questions, get answers, meet people, and share your tips!