A fire broke out on a Togolese-registered Ro-Ro ship, on the 27th of September around 3:00 pm, at Hakozaki Pier in Higashi-Ku, Fukuoka.

According to the Fukuoka Prefectural Police Hakata Rinko Station and the City Fire Department, the fire took about three hours to extinguish, and more than a dozen used cars for export were burned during that time.

One of the crew members, a native from Russia, was taken to the hospital with burns on both arms. The rest of the crew was reported safe from the fire. The port authorities are investigating the cause of the fire. 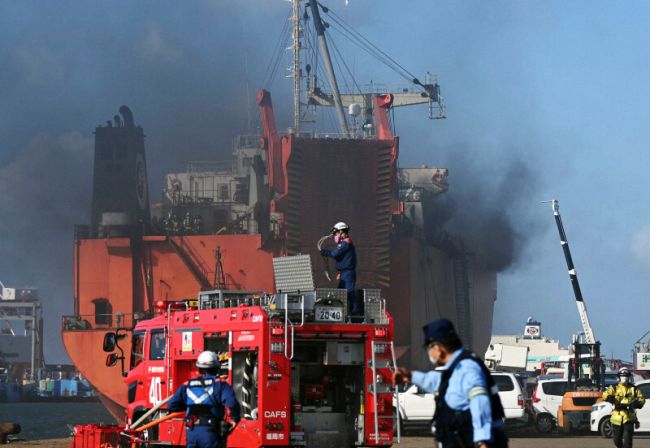 According to the information published on a local website, the Ro-Ro vessel ‘Hansung’ carried 7442 tons of cargo. It had departed from Vladivostok, Russia, and arrived at Hakata Port on 23rd September.