Researchers returned on Sunday from mapping and sampling a massive swirling cluster of trash floating in the middle of the Pacific Ocean, as the Dutch-borne crew works to refine a clean-up strategy it will roll out globally.

The crew of the Ocean Cleanup, backed by volunteers in sailboats, ventured to areas of the “Great Pacific Garbage Patch”, a swirling mass of human-linked debris spanning hundreds of miles of open sea where plastic outnumbers organisms by factors in the hundreds.

The debris, concentrated by circular, clockwise ocean currents within an oblong-shaped “convergence zone”, lies near the Hawaiian Islands, about midway between Japan and the U.S. West Coast. The trash ranges from microscopic pieces of plastic to large chunks.

Working for about a month, the group collected samples as small as a grain of sand and as large as discarded fishing nets weighing more than 2,000 pounds. They mapped the area, using aerial balloons and trawling equipment to locate samples, said oceanographer Julia Reisser. 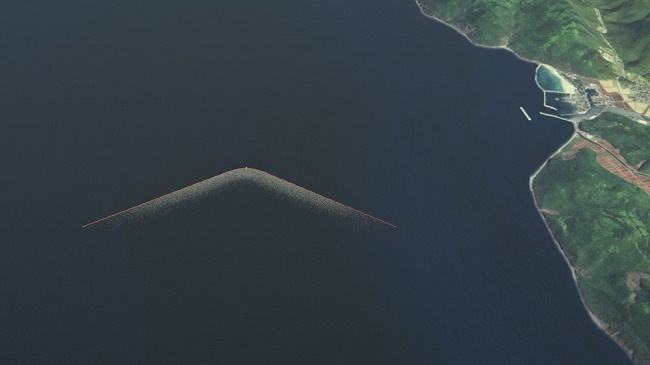 “We did three types of surveys in 80 locations, and now we are working on completing an up-to-date estimate of the size of the patch, making a chart of hot spots and publishing our findings by mid-2016,” Reisser said.

“There were hundreds of times more plastics in these areas than there were organisms,” she added.

The reconnaissance trip is the brainchild of Ocean Cleanup’s 21-year-old founder, Boyan Slat, and backed financially by Salesforce.com’s (CRM.N) chief executive Marc Benioff, among other philanthropic and crowdsourcing initiatives which brought in some $2.2 million, according to Ocean Cleanup.

The next phase, planned for 2016, is the deployment in Japanese coastal waters of a 2,000-meter scale model of the group’s proposed debris collection system, which researchers believe could extend for 60 miles (96 km).

That system will contain floating stationary booms tethered to the ocean floor and linked in a V shape intended to skim and concentrate surface plastics floating on top of ocean currents.

Slat, a Dutch inventor who gained attention as a teenager when he developed the floating boom system which uses technology used for anchoring deep sea oil rigs, said the project would be situated in international waters, away from shipping lanes.

The cost of the reconnaissance expedition and the debris collection system was not disclosed. Critics say the system is too costly or unlikely to function as designed.

Maersk Line And Hamburg Süd Enter Slot Purchase Agreement On The East-West Trades
Want to share your tips and advice? Got questions? Visit the community forum to ask questions, get answers, meet people, and share your tips!