Echoing a famous polar expedition carried out more than a century ago, scientists are now planning to spend a year in a ship that locked in ice at the North Pole.

The £50million Mosaic project will see Germany sending the Polarstern, a 120m-long research vessel, in to the ice to get stuck, allowing researchers to study weather patterns without moving their heavy equipment around. 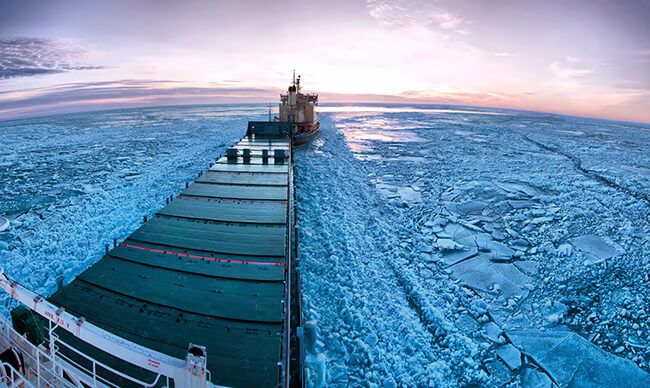 Reports said the extent of Arctic sea-ice was the lowest ever for month of January in this year and the decline is faster than the climate models can reproduce, with experts suggesting an ice free Arctic in summer in future.

The year-long mission, supported by 50 institutions from 14 countries and expected to begin in 2019, will allow the vessel drift across the North Pole after getting locked in ice.

Besides Germany, countries including the US, UK, Russia and China are involved in the mission.

According to Prof Markus Rex, co-leader of this mission, the researchers plan to start the journey when sea ice is thin and its extent is much smaller.

Professor Rex added that they will move with the icebreaker to the Siberian sector of the Arctic initially and then allow the Polarstern drift with the sea ice with engines stopped.

Researchers are planning to set up an extensive network of research stations when meet with hostile conditions, including the temperatures as low as -50C.

The information secured from the expedition could transform the available understanding of climate change and also expected to help improve weather predictions, Professor Rex added.

Meanwhile, the new mission brings back the memories of an expedition initiated by the Norwegian explorer Fridtjof Nansen in 1893, with aspirations to reach the North Pole by letting his vessel locked in sea ice and moved across the polar cap on an ice current.

However, Nansen later abandoned his vessel thinking that he was not on course to reach the pole, but the ship made it across the ice cap, resulting in groundbreaking scientific discoveries.