Researchers at the University of Bath have developed an AI model that can automatically classify underwater environments directly from sonar measurements.

Sonar is commonly used to map the ocean floor, and seabed composition (e.g. mud, clay or rock) affects the way the sound is reflected back. Salinity, depth and water temperature also affect how sound waves are propagated through water.

This means that sonar measurements at different depths and distances can give accurate soundings of the ocean’s properties, for example how underwater currents propagate, how the deeper ocean changes with the climate or where best to listen to whales. 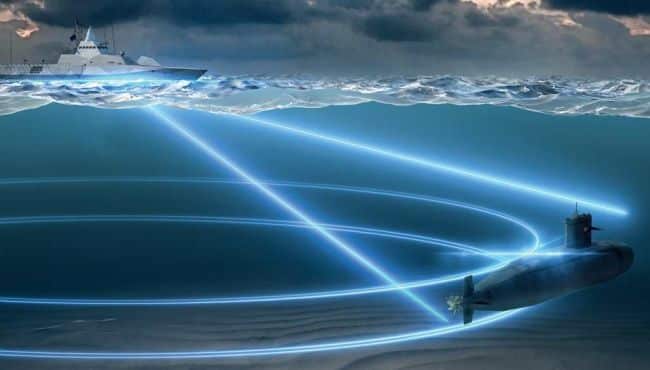 Working with Systems Engineering & Assessment Ltd (SEA), scientists at the University’s Institute for Mathematical Innovation (IMI) have developed an Artificial Intelligence (AI) algorithm which could improve underwater mapping by making sense of incomplete data and working out how many measurements are needed to give an accurate survey.

The research was part of a project contracted by The Defence and Security Accelerator (DASA), a part of the Ministry of Defence, to improve monitoring of the UK’s vast marine territories using high tech sonar. SEA led the project and provided simulated sonar data to train and test the AI algorithms developed by the IMI.

The technology could also be potentially used for ocean tomography across entire ocean basins, like the Arctic, to study the effects of climate change on the oceans and better enable the sustainability of human activities in fragile environments and ecosystems.

Senior Lecturer Dr Philippe Blondel, from the University’s Centre for Space, Atmospheric and Oceanic Science, worked on the project alongside Machine Learning expert Professor Mike Tipping from the IMI.

Dr Blondel said: “There are lots of different variables that affect how sound waves are propagated in water, as some frequencies of sound can travel further than others.

“If you think about the sound of an orchestra, as you move further away, you might lose the high frequency sound of the violins but still be able to hear the lower frequency notes of the cellos. The beating of drums would be felt even further.

“This is the same with ocean sounds, which come from the weather, like rain and storms, the animals, like whales and fish, but also humans, with ships and offshore activities.

“For this project we wanted to model how sonar echoes were changed by depth, salinity and temperature so we could use sound to measure these variables in the ocean.”

The researchers first analysed the many characteristics of underwater environments and classified them into different types.

After developing the AI algorithm, the researchers tested its performance on a wide range of simulated acoustic data representing a broad spectrum of underwater environments.

The tests demonstrated that their Probabilistic Principal Component Analysis (PPCA) algorithm could classify underwater environments from simulated sonar measurements with an average accuracy of 93%.

An alternative Latent Variable Gaussian Process (LVGP) model also showed strong performance and enabled them to achieve an even higher classification accuracy of 96%.

The simulations showed that accurate classification can take place even with sonar measurements over short spatial intervals, making it suitable for practical use e.g. with slow moving autonomous vehicles.

Marcus Donnelly, Technical Lead in Environmental Data Science at SEA Ltd, said: “This project exceeded all our expectations for AI algorithms applied to the complexity of sonar in the underwater environment.

“We look forward to continuing our collaboration with the IMI following positive feedback from the MoD.”

The researchers anticipate the technique could be used in the future to monitor the effects of climate change.

Dr Blondel said: “Climate scientists monitor sound propagation in the ocean around the poles to observe temperature changes over time. Our techniques could help determine where best to locate monitoring stations to give the most comprehensive data using the optimum number of measurements.”