This report explores a hypothetical cyber-attack on major ports across Asia Pacific, estimating that losses of up to $110 billion would occur in an extreme scenario in which a computer virus infects 15 ports.

‘Shen attack’ depicts a plausible scenario in which an attack is launched via a computer virus carried by ships, which then scrambles the cargo database records at major ports and leads to severe disruption.

The report shows how an attack of this scale would cause substantial economic damage to a wide range of business sectors globally due to the interconnectivity of the maritime supply chain. 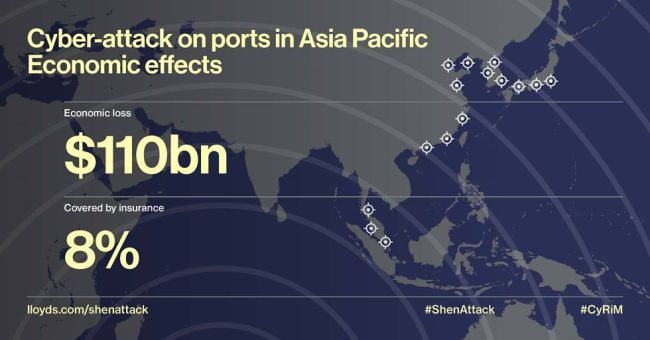 The scenario estimates that:

Despite the high costs to business and international trade, the report shows the global economy is underprepared for such an attack with 92% of the total economic costs uninsured, leaving an insurance gap of $101bn. 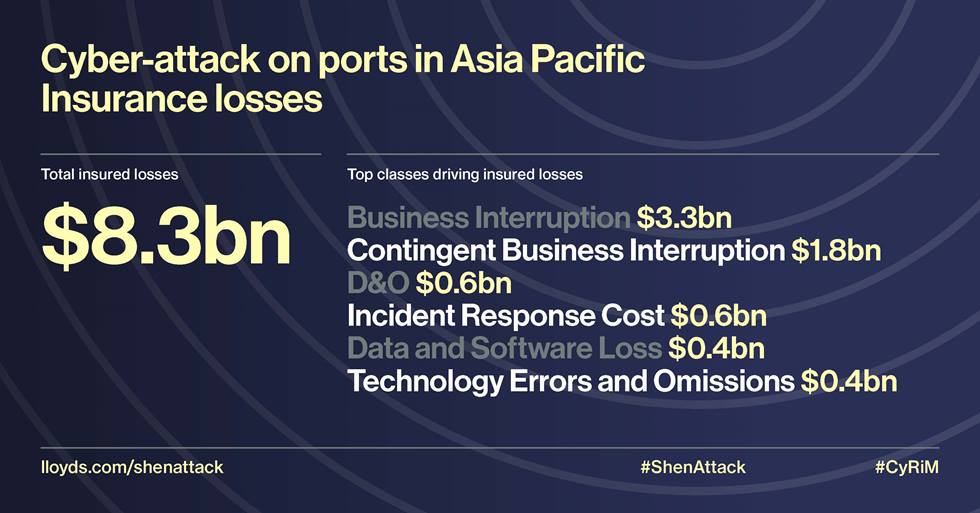 The report is the second publication from the Cyber Risk Management (CyRiM) project, the Singapore-based public-private initiative that assesses cyber risks, of which Lloyd’s is one of the founding members. 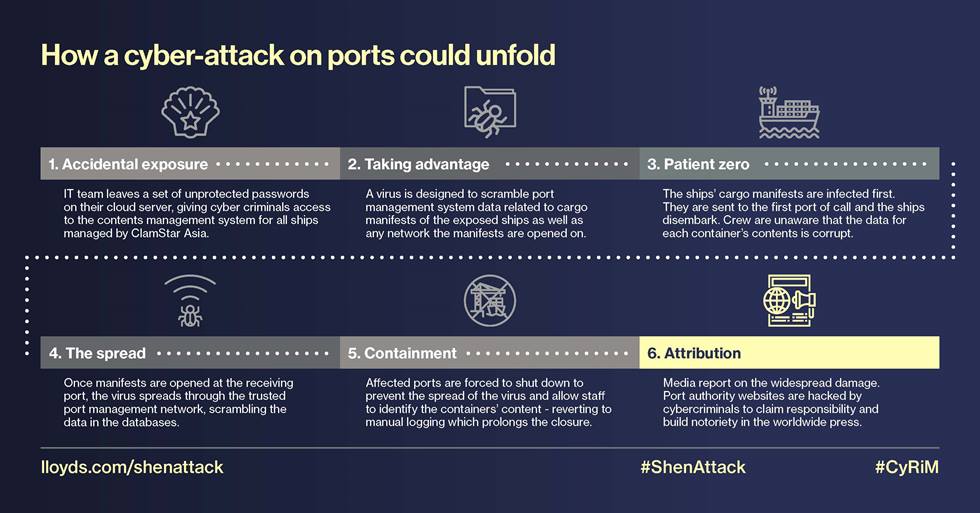