The general cargo ship Saga Sky collided with the rock carrying barge Stema Barge II approximately 2 miles off the south coast of the UK. Both vessels had been affected by adverse weather conditions created by Storm Angus. As a result of the accident, 2 subsea power cables were severed. 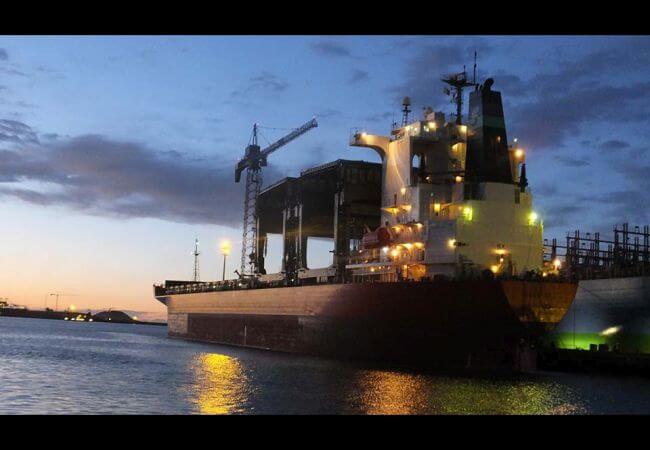 The Maritime and Coastguard Agency have been recommended (2018/104) to commission a study to review the full range of emergency response assets available in the Dover Strait area, including a reassessment of the need for a dedicated emergency towing capability.

Furthermore, in conjunction with the United Kingdom Hydrographic Office, the Maritime and Coastguard Agency have been recommended (2018/107) to justify the need for regulatory powers which could be applied, where appropriate to ensure vessels comply with the International Hydrographic Organization recommendations with respect to anchoring in the vicinity of submarine cables.

The Marine Management Organisation have been recommended (2018/105) to improve their marine licence application process by:

highlighting precisely what activities the particular marine licence is to cover, including any specified risks to be assessed in the submission.

clearly stipulating a requirement that the latest nautical publications are referred to in the submission.

ensuring that its primary advisors are clear on the objectives of their respective reviews and the elements of the application they are required to assess.

The United Kingdom Hydrographic Office have been recommended (2018/106) to adopt the International Hydrographic Organization’s recommendation for responsible authorities to set a minimum distance, nominally 0.25nm, from submarine cable, within which ships should avoid anchoring or conducting other underwater activities.

Anglo-Eastern Ship Management Ltd have been recommended (2018/108) to enhance their shipboard procedures by developing vessel-specific guidance that its masters can refer to in order to estimate the effect forecast heavy weather conditions could have on their ships’ manoeuvrability.

Investigation report into marine accident including what happened, safety lessons learned and recommendations: