By 18th June, 4827 Indian seafarers are reported to be signing off at Mumbai from three mega cruise ships, namely the Anthem of the Seas, Celebrity Infinity, and Carnival Splender.

13 more cruise ships, including those of Carnival, Royal Caribbean, and Norwegian Cruise Lines are planned to call upon Mumbai for a crew change with about 7000 crew members. Among them, 9 ships are reported to be docked within the next few weeks, making it a tightly packed schedule for the Mumbai Port Trust(MbPT) authorities.

1819 Indian seafarers from 6 ships have called upon Mumbai. The MbPT authorities facilitated their repatriation. The ships, namely ‘Marella Discovery’, ‘Seven Seas Voyager’, ‘ Ovation of the Seas’, and ‘Viking Orion’ brought its Indian crew. 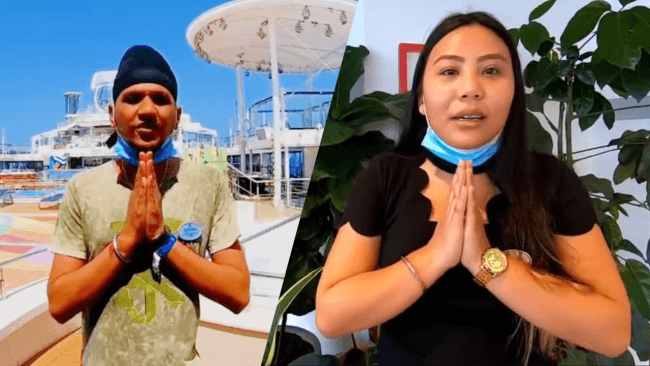 His firm spearheaded the efforts to repatriate 145 Indian seafarers stranded on ‘Morella Discovery’. The ship had spent nearly 40 days in Indian territory and over 10 days requesting docking before they were granted permission.

“Mumbai is the best port as far as crew change is concerned,” said Captain Sanjay Prashar, Chairman of the International Maritime Federation.

Commander Malao is spearheading the efforts for repatriating Indian seafarers on 2 more ships- The Celebrity Infinity and Anthem of the Seas.

Celebrity Infinity is owned by Royal Caribbean Cruises Limited. The ship has reportedly arrived in Mumbai and the crew of 1450 were awaiting for their COVID-19 test results.

Anthem of the Seas, owned by Royal Caribbean Cruises, was to drop 3100 seafarers.

MbPT Chairman Sanjay Bhatia said “The Mumbai port is truly the port of refuge for our stranded seafarers. This is by far the largest crew evacuation exercise.”

Veendam, administered by Holland American is anticipated to arrive in Mumbai today.

Carnival owned Carnival Splendor and Emerald Princess are to sign off some 800 Indian seafarers.

June 23rd will see the arrival of Pullmantur Cruises owned Horizon Pullmantur with about 65 Indian seafarers.

June 28 is reportedly the date when Norwegian Cruise Line owned Norwegian Escape will come with a crew of 1250.

The 45.6 billion USD cruise industry has been hard hit by the COVID outbreak. With Carnival, Norwegian and Royal Caribbean accounting for more than 75% of the industry share, and all if their stock prices plummeting drastically, it is to see how these behemoths get on their feet again.

The video below depicts the gratefulness of the Indian crew members returning home: