The Panama Canal Authority (ACP) has been informed by Grupo Unidos por el Canal, S.A. (GUPC), the main contractor for the design and construction of the Third Set of Locks project, that work to reinforce the sills in the new locks will be completed in January 2016.

GUPC informed the ACP of the deadline during a meeting Thursday, Nov. 28, to discuss the progress being made on the reinforcements work.

As part of its remaining work, GUPC will continue conducting in-depth inspections and reinforcements of each individual sill. Afterward, GUPC plans to continue the electromechanical testing on the filling and emptying systems of the new locks. 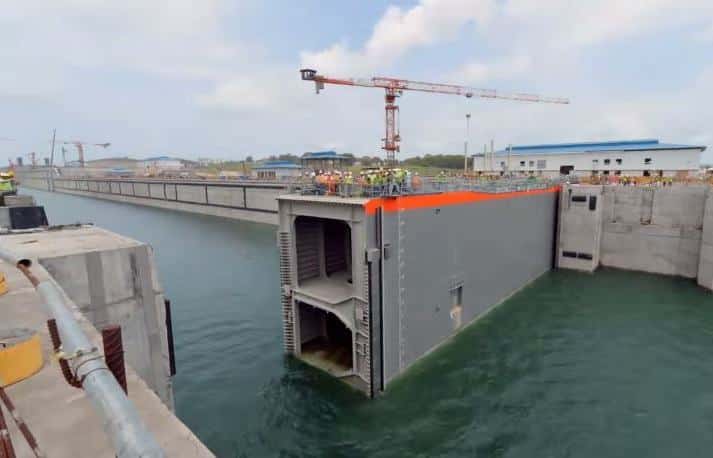 The ACP was also informed by GUPC that they have not yet identified a date for the completion of the new locks project. However, GUPC announced that they will implement a strategy, along with their providers and subcontractors, that will help reduce the impact on the delivery date.

The Panama Canal Expansion Program is currently 95 percent complete. The ACP continues to monitor GUPC’s progress and will communicate updates as more information is made available.