The UK’s Maritime & Coastguard Agency (MCA) is modernising the way the UK Ship Register operates and a number of new initiatives are in the works that could help the red ensign become more commercial and internationally competitive. The MCA is considering increasing the fee structure for the UK Ship Register to above 2016 levels, attendees heard at the All-Party Parliamentary Group for Maritime and Ports on Monday.

The registry is working to improve the response time for enquiries to one working day, while for complex issues it will take three working days, the meeting heard. Increasing ship registry fees would match the higher levels of service being offered, the MCA said. The register also plans to roll out a package fee option in April 2018. A new online ship registry service will be included and will be shown in September at London International Shipping Week (LISW). The MCA hopes the service will be completed by Christmas this year. 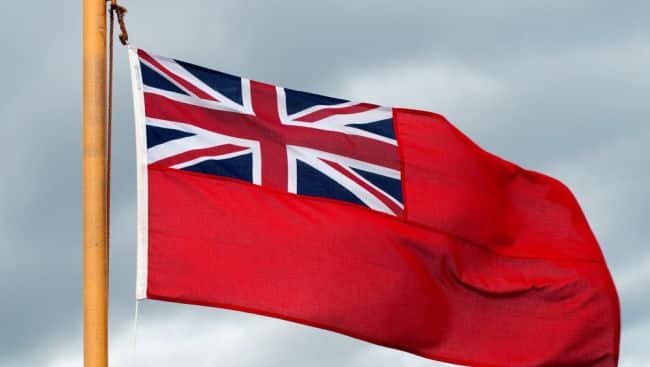 Meanwhile, plans are underway to establish a new MCA directorate, which will deal with shipping companies and will open by the end of the year. The agency itself has a new leadership team, which is now more commerce-based.

The parliamentary meeting, however, poured cold water on the suggestion that the MCA could become a GovCo – that is, a privately held state-owned company that is subject to government oversight but with greater commercial freedom. It was argued that the move is currently unnecessary, especially as the transition to a GovCo would take between three and five years, while Brexit will continue to parliamentary schedule until at least 2019.

The lack of MCA surveyors is a problem that is being addressed. The agency has just under 100 surveyors and aims to meet its target of 128 soon. The agency will have a surveyor based out in the Far East by the end of the year. Recognised private companies such as Lloyd’s Register have been permitted to undertake MCA surveys on selected ships since September last year. The reaction has so far been mixed, the meeting heard, so the scheme will continue to be trialled.

“It was an interesting meeting and it was very encouraging to see the range of new initiatives being rolled out,” said Robert Carington, policy advisor at the UK Chamber, who attended the meeting.

The MCA commenced industry-wide consultations in March last year, and the UK Chamber submitted its response to the consultation on changes to MCA Survey and Inspection Marine Office locations shortly after.

The UK Chamber of Shipping has long argued that the MCA should be reformed, become more commercialised and offer an enhanced level of service.

“It is crucial for the UK’s shipping sector that the MCA offer best-in-class service and maintain its international reputation for high safety standards. That way it will be better able to compete on the global stage,” Robert Carington commented.

A new MCA website will be launched in September during LISW. The all-party parliamentary group is set to meet again on October 16th.

Shipowner Had Unfettered Right To Collect Freight Under Bills Of Lading Even Whilst On Time Charter: UK High Court
First LNG-Powered Ferry To Serve UK Takes To The Water
UK And France Partner On World-Class Autonomous Minehunting Systems