You are here: Home › Shipping News › Recent Fires At Gadani Yards Prompt Authorities To Shut Down All Shipbreaking Activities
TwitterFacebookLinkedInPinterestBuffer

On 11 October a tanker caught fire at the Gadani shipbreaking beach that holds a deplorable record of life-threatening accidents. Fortunately, no casualties were recorded. Only a few days later, on 14 October, yet another oil tanker named KRITI (IMO 9270737) caught fire, this time injuring seven workers, three of which are in a critical condition.

The Platform has reported a series of accidents following the catastrophic explosion that killed at least 29 workers and injured 58 on the 1st of November 2016. Since then, there have been at least five more fires caused by unsafe cutting operations.

Difficult access for firefighters, a severe lack of ambulances and no hospital in the close vicinity of the yards aggravate the conditions, as reported by trade unions. 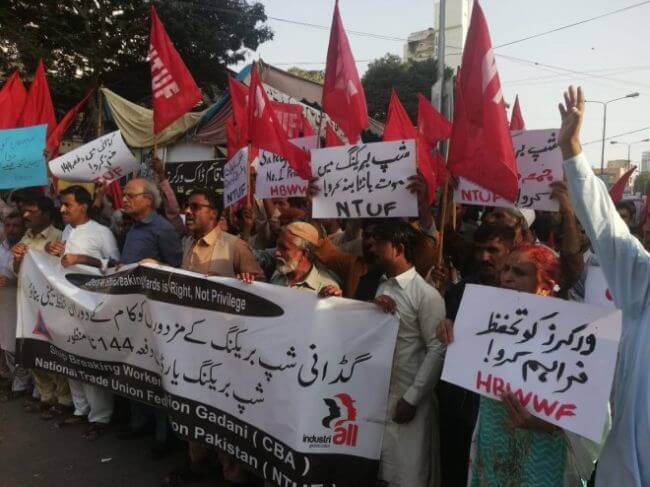 Following the major blast in 2016, Pakistani authorities imposed a ban on the import of tankers in addition to a ban on cutting operations. The ban on import was however lifted in April 2018 after 18 months’ freeze. Due to the use of the low-cost method of beaching and the favorable steel market conditions, the Gadani yards offer high prices for end-of-life ships, and soon 22 tankers were waiting for the cutting ban to also be repealed. One local breaker nonetheless started scrapping the VLCC ADA before the authorities lifted the cutting ban, and a fire erupted onboard the tanker in July. Despite the accident, and the fact that few measures had been put in place to ensure safe working conditions, the government issued cutting permissions in late August, putting the life of the workers in danger and prompting the import of additional vessels.

“Ship owners should be held accountable. They carelessly sell vessels to cash buyers that bring the ships to the Pakistani yards. The high-profit margin is a clear indicator of destination: the higher the price, the worse the yard”, says Ingvild Jenssen, Director of NGO Shipbreaking Platform. “We are concerned over the political clout ship owners seem to enjoy: Greek owners alone are responsible for 1/3 of the ships that are currently beached in Gadani, yet Greece is pushing hard to undermine European laws aimed at improving practices globally”, she adds.

In contrast to the fire that broke out in July onboard a vessel that had not received cutting permission, the Balochistan Environmental Protection Agency (EPA) had approved the breaking of both vessels that caught fire last week. The two accidents underpin that not only the ship owners and yard operators fail to take necessary precautions, but also that the Balochistan EPA acted negligently when approving the work to start. Fires occur when vessels that are not properly cleaned from highly inflammable residual oil are cut with blowtorches.

“Without having conducted a proper inspection, the Balochistan Environmental Protection Agency first issued NOC (no objection certificate) for the breaking of the Kriti crude oil tanker. After the blast that injured seven workers, they issued a ban on all shipbreaking activities in Gadani, leaving hundreds of workers unemployed. We call on the authorities to take serious steps to move the industry away from the Gadani beach and to a location where proper infrastructure can ensure safe working conditions and pollutants can be controlled”, says Dr Muhammad Irfan Khan, professor at the Islamabad University and Board Member of the NGO Shipbreaking Platform.