A total of nine incidents of piracy and armed robbery against ships were reported in November 2017. Of these, seven were actual incidents and two were atempted incidents. Of the nine incidents, four were piracy incidents and fve were armed robberies against ships. There was no actual or atempted incident involving the abducton of crew from ships reported in the Sulu-Celebes Sea and waters of Eastern Sabah in November 2017. However, of concern was the occurrence of an incident of thef of oil cargo on22 Nov 17, and there was an increase in the number of incidents occurred on board ships whileanchored in the South China Sea (SCS).

In November 2017, a total of nine incidents of piracy and armed robbery against ships (comprising seven actual incidents and two atempted incidents) were reported. The locaton of the incidents is shown in Map 1. 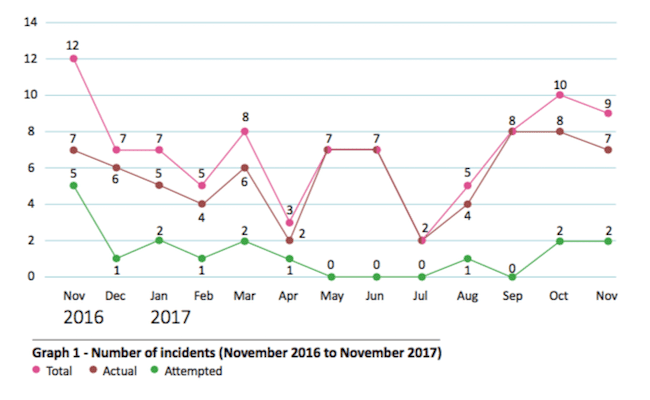 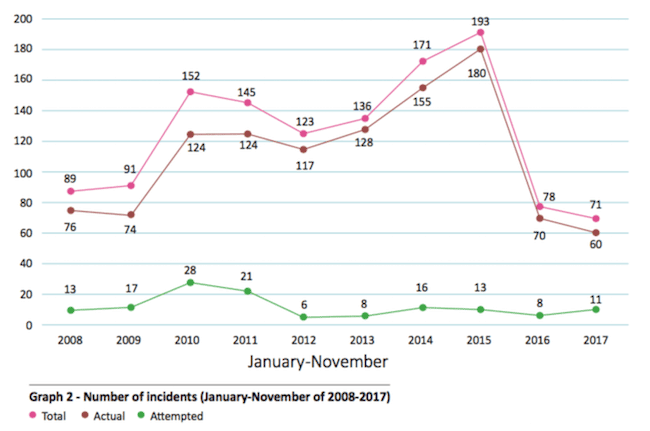 The improvement of the situaton during January-November 2017 was at ports and anchorages in India, Indonesia, Malaysia and Vietnam compared to the same period in 2016. However, there was an increase in the number of incidents reported at ports and anchorages in Bangladesh (Chitagong), Philippines (Manila and Batangas) and on ships while underway in the South China Sea (SCS) and Straits of Malacca and Singapore (SOMS) compared to the same period in 2016.