A total of nine incidents of piracy and armed robbery against ships were reported in Asia in April 2020. Of the nine incidents, one was a piracy incident and eight were incidents of armed robbery against ships. There was no report of abduction of crew in the SuluCelebes Seas and waters off Eastern Sabah in April 2020. However, the abduction of crew for ransom in the Sulu-Celebes Seas and waters off Eastern Sabah remains a serious concern.

In April 2020, nine incidents of piracy and armed robbery against ships were reported. All were actual incidents. No attempted incident was reported. All incidents have been verified and reported to the ReCAAP ISC by ReCAAP Focal Points. Refer to the Appendix on pages 24-28 for a description of the incidents. 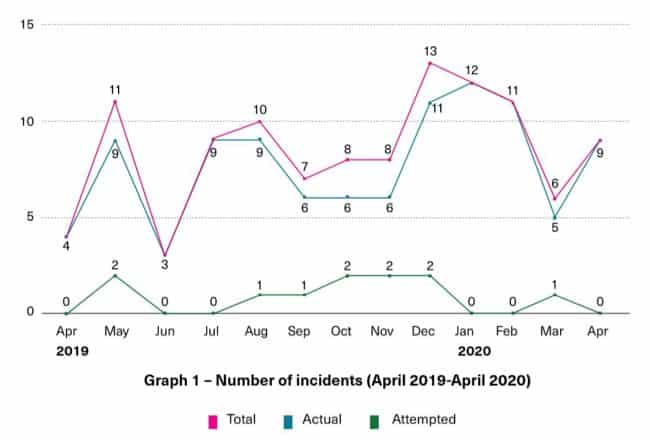 Of the two CAT 3 incidents, one incident occurred on board a container ship anchored at Manila International Container Terminal (MICT) Breakwater, Philippines, and one incident on board a bulk carrier while underway in the Singapore Strait. In both incidents, the perpetrators were armed with knives, and the crew was not injured. 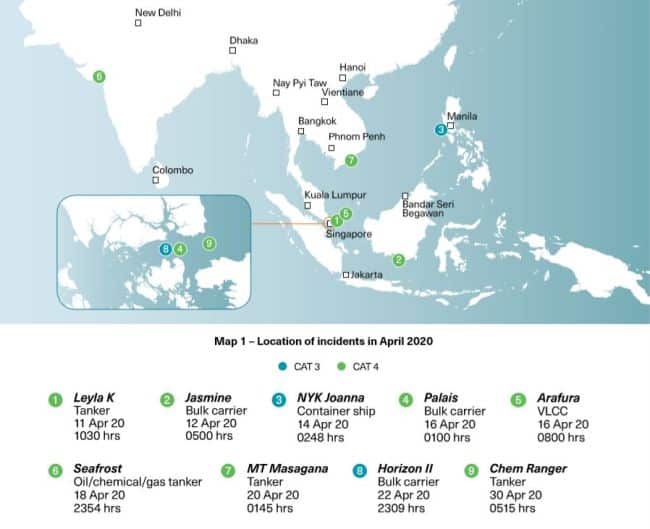 The full report can be downloaded from the ReCAAP ISC website