In 2016, while the world was advancing towards a greener and cleaner future by busy looking for sustainable alternatives of fuels and energy sources, the maritime industry was also determined to take every possible step required in order to become less harsh on the environment.

The industry has been seen taking several steps to make feasible changes in the present and new vessels, in its attempt to meet the 2020 Climate Target. The ship owners and shipbuilders joined have hands and are giving their best solutions that are not only economical but also efficient and environment friendly.

With the aim to list down important achievements of the industry in 2016, we  have compiled a list of some of the important “world’s first” and eco-friendly vessels launched in 2016. Let’s have a look. 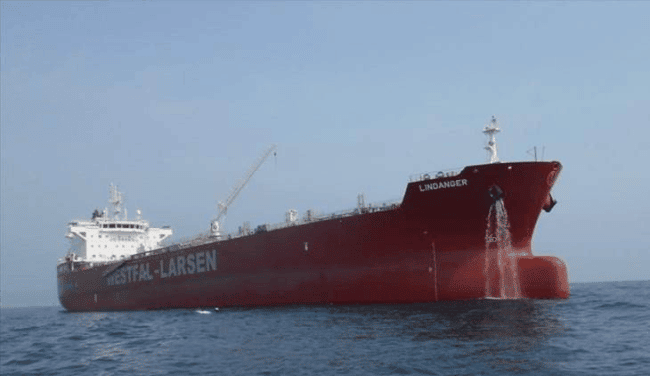 With the growing demand for cleaner marine fuel to meet environmental regulations, methanol is  a viable, efficient and a promising alternative fuel for ships that can meet the industry’s increasingly stringent emissions regulations.

The Lindanger is the first in a series of seven vessels which will be chartered by Waterfront Shipping; four of which would be constructed to DNV GL class.

2016 also saw launching of the world’s first floating liquefied natural gas (FLNG) vessel owned by PETRONAS and constructed by DSME.  PFLNG SATU is  365 meters long and 60 meters wide, and its size is the equivalent of 3.6 soccer fields. The hull of the vessel has the capacity of storing up to 180,000 m3 LNG and 20,000 m3 condensate. The unit is classed by DNV GL with the notation + OI Ship-shaped LNG Production and Storage Unit, POSMOOR, HELDK, COMF-V(2). 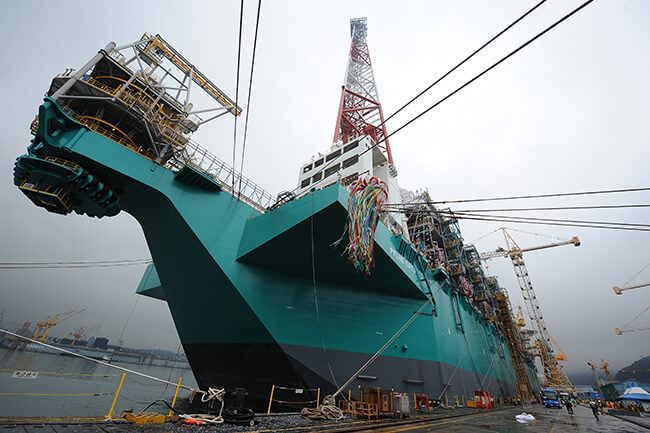 PFLNG SATU produced its first gas on 5th December, 2016 in the Kanowit field off Sarawak, Malaysia, and is expected to produce 1.2 million tonnes of LNG every year.

According to PETRONAS, PFLNG SATU can last up to 20 years without dry-docking, and has the flexibility to be redeployed to multiple locations to better access marginal and stranded gas fields of Malaysia.

ABS classed Ethane Crystal, the world’s first Very Large Ethane Carrier (VLEC) features multi-cargo capability of ethane and LPG based on an eco-friendly design. With an 87,000 cbm cargo carrying capacity, the vessel represents a significant step up from the largest ethane carriers delivered to date which had capacity of only 37,000 cbm. The vessel is also the first of its kind to be constructed with a specially designed GTT Mark III membrane cargo containment system.

The Ethane Crystal has  been built by Samsung Heavy Industries (South Korea) for India’s Reliance Industries Ltd. and is the first of six VLECs to be delivered with ABS Class through 2017 . It is intended for trade routes between North America and India, carrying ethane that will be used as feedstock for petrochemical production.

AIDAprima was launched as the Carnival Corp’s most environmentally friendly ship and the world’s first cruise ship with a dual-fuel engine that can be powered by Liquefied Natural Gas (LNG) while in port and at sea. The 124,100-ton vessel accommodates 3,300 passengers and operates with the world’s cleanest burning fossil fuel while in port – a first for the cruise industry.  LNG as a fuel not only helps eliminate the sulfur oxide emissions but also reduces nitrogen oxide and carbon dioxide emissions up to 80 and 20 percent respectively. 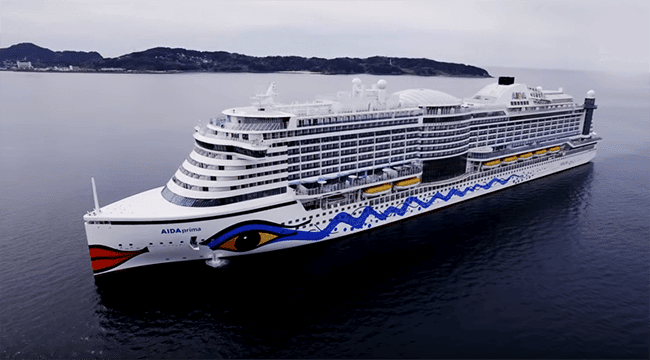 Additionally, Carnival Corporation’s four next-generation cruise ships set to be delivered until 2020 will be the first in the industry to be powered by 100% LNG, representing another major environmental breakthrough and pioneering new of sustainable fuels in the maritime industry.

Delivered to UECC, M/V AUTO ECO is the first PCTC of its kind in the world to be fitted with a dual-fuel LNG propulsion system, allowing it to complete a fourteen-day round -trip voyage solely on LNG without refueling. AUTO ECO not only meets existing emissions regulations but also exceeds them, allowing her to trade in any Environment Control Area, worldwide. 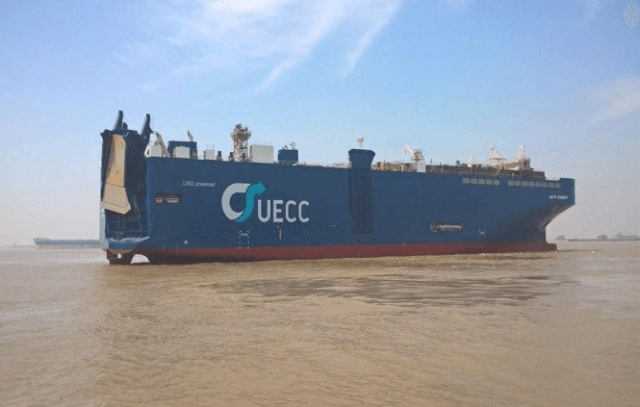 To make sure the vessel can trade safely in icy waters, AUTO ECO has been constructed to meet the highest ice class standard: Super 1A Finish /Swedish Ice Class. The 181 meters long LNG PCTC is powered by MAN B&W 8S50ME-C8.2-GI and has a gross tonnage of 42,424 tons.

She may be scheduled to trade in the Baltic Sea, but AUTO ECO is capable of sailing just about anywhere.

The launch ceremony of DEME’s 3,500m3 MINERVA took place at Royal IHC’s shipyard in Kinderdijk, The Netherlands this year. The dual-fuel (diesel and LNG) dredger has a ‘Green Passport’ and a ‘Clean Design’ notation, complying and exceeding with the strictest international emission requirements. Since the LNG Powered THDS meets the requirements for the extended dry-docking system, its availability has increased from 5 years to 7.5 years as certain dry docking can be carried out during in-water surveys itself. 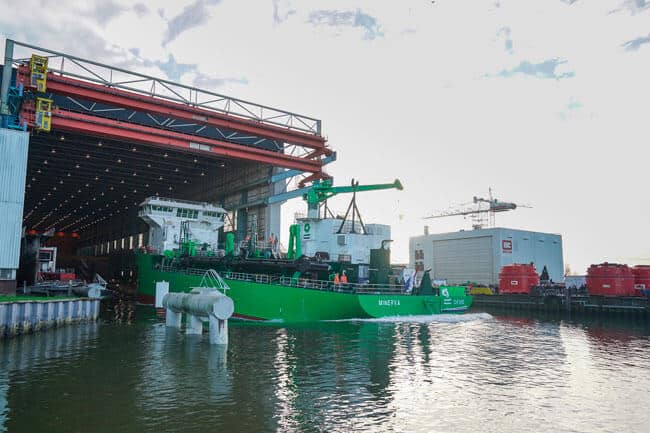 On 10 November, both IHC and DEME were awarded a DPC Innovation Award for successful realisation of the new concept. The official name giving and christening ceremony will take place in the spring of 2017 in Zeebrugge, Belgium.

This year also saw the launching of Magne Viking which is the first vessel to comply with the IMO Polar Code. 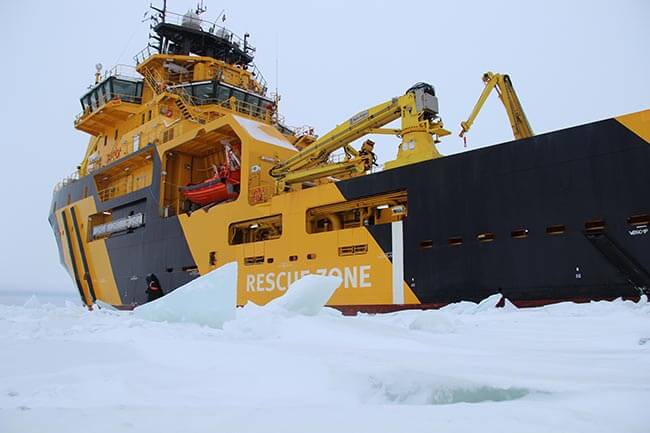 She is an ice-classed AHTS vessel capable of operations in harsh environment offshore regions, as well as Arctic/Sub-Arctic operations. The DNV GL classed vessel is owned and operated by Viking Supply Ships.

Do you know any other ships we have missed out in this list? Do let us know in comments.