You are here: Home › Shipping News › Princess Cruises Gets Sued By A California Couple Who Contracted COVID-19
TwitterFacebookLinkedInPinterestBuffer

Princess Cruises has been named in a lawsuit after being accused of not informing passengers when the coronavirus outbreak began. An Alhambra couple and their cousin alleges the company failed to take preventive measures on the ship that sailed from Sydney, Australia which led them to succumb to the COVID-19 in March aboard a ship.

The lawsuit was filed earlier this month by Leroy and Gina Paialii and their cousin, Elizabeth Hill of Honolulu, alleging that due to the Santa Clarita-based Princess Cruises culpable carelessness of the company the Ruby Princess sailed on March 8 despite a previous COVID-19 outbreak on the ship as well as other vessels in its fleet. They claim that along with not knowing about the outbreak at an apt time, the company also didn’t assist them enough in procuring medical care after they became ill.

The Paialiis and Hill began showing COVID-19 symptoms from March 20. They exhibited fever, headaches, body aches, coughing, trouble breathing, and loss of taste. According to the lawsuit, the trio remains traumatised from the illness. 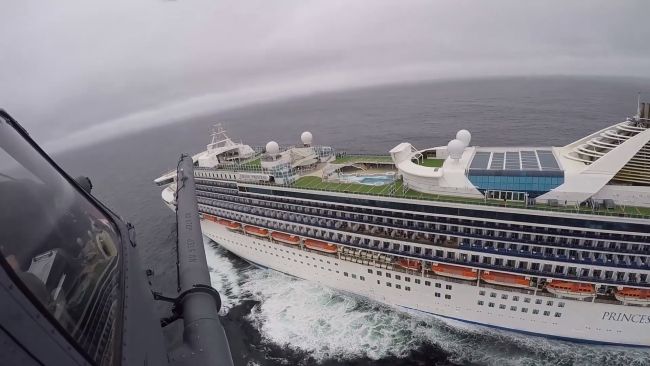 “Yet they recklessly decided to board another 3,000 passengers (on the Ruby Princess)…. and put their lives at risk, which is why plaintiffs contracted the highly communicable disease COVID-19,” the suit alleges.

In June a class-action lawsuit was filed in U.S. District Court against Princess Cruises on behalf of the more than 2,800 passengers exposed to COVID-19 on the Grand Princess that sailed from San Francisco to Mexico in February.

“The outbreak began with ten cases, and rapidly multiplied to 700 cases, as a result of the flawed two-week quarantine on the ship,” the lawsuit says.

A spokeswoman for Princess Cruises, Negin Kamali made no comment on the pending litigation but said the company is sensitive to the difficulties experienced by guests and crew members because of the COVID-19 outbreak.

“Our response throughout this process has focused on the well-being of our guests and crew within the parameters dictated to us by the government agencies involved and the evolving medical understanding of this new illness,” Kamali said in an email.

The outbreak urged the U.S. Centres for Disease Control to issue a statement on February 18 on the dire conditions aboard the Diamond Princess.

“CDC believes the rate of new reports of positives new on board, especially among those without symptoms, highlights the high burden of infection on the ship and the potential for ongoing risk,” the statement says.

Notwithstanding the outbreaks, Princess Cruises proceeded to sail from various ports of call, including the Sydney port, where the Ruby Princess ship was anchored.

Princess Cruises dispensed vouchers to passengers on March 8 to buy lunch while the sailing was delayed for six hours so the Ruby Princess could be further disinfected from a previous COVID-19 outbreak, the complaint says.

The Ruby Princess failed to take proper preventive measures and screening protocols for COVID-19 before allowing the passengers on board, they didn’t even quarantine those who showed symptoms of the virus or inform those aboard that there was an outbreak, allowing the cruise to continue as it was until it returned to Australia three days early, the lawsuit says.

The suit describes Princess Cruises’ actions resulting in the plaintiffs’ illness as inexcusable.

Companies To Ensure Seafarers That Want To Be Vaccinated Are Allowed To: ITF Seafarers