Judge Seitz also ordered that $1 million be awarded to a British engineer, who first reported the illegal discharges to the British Maritime and Coastguard Agency (MCA), which in turn provided the evidence to the U.S. Coast Guard. The newly hired engineer on the Caribbean Princess reported that a so-called “magic pipe” had been used on Aug. 23, 2013, to illegally discharge oily waste off the coast of England without the use of required pollution prevention equipment. The evidence gathered by the whistleblower, including photographs of the magic pipe, led to an inspection of the cruise ship both in England and then when it reached New York on Sept. 14, 2013. During each of the separate inspections certain crew members concealed the illegal activity by lying to the authorities in accordance with orders they had received from Caribbean Princess engineering officers. 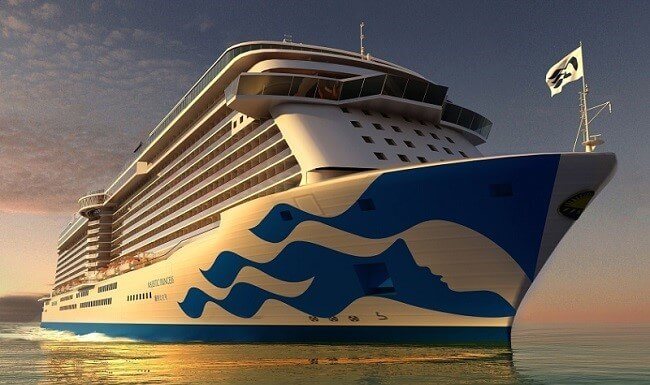 The sentence imposed by Judge Seitz also requires that Princess remain on probation for a period of five years during which time all of the related Carnival cruise ship companies trading in the U.S. will be required to implement an environmental compliance plan that includes independent audits by an outside company and oversight by a court appointed monitor. As a result of the government’s investigation, Princess has already taken various corrective actions, including upgrading the oily water separators and oil content monitors on every ship in its fleet and instituting many new policies.

According to papers filed in court, the Caribbean Princess had been making illegal discharges through bypass equipment since 2005, one year after the ship began operations. The August 2013 discharge approximately 23-miles off the coast of England involved approximately 4,227 gallons within the country’s Exclusive Economic Zone. At the same time as the discharge, engineers ran clean seawater through the ship’s monitoring equipment in order to conceal the criminal conduct and create a false digital record for a legitimate discharge.

The case against Princess included illegal practices which were found to have taken place on five Princess ships – Caribbean Princess, Star Princess, Grand Princess, Coral Princess and Golden Princess. One practice was to open a salt water valve when bilge waste was being processed by the oily water separator and oil content monitor. The purpose was to prevent the oil content monitor from going into alarm mode and stopping the overboard discharge. This was done routinely on the Caribbean Princess in 2012 and 2013. The second practice involved discharges of oily bilge water originating from the overflow of graywater tanks into the machinery space bilges. This waste was pumped back into the graywater system rather than being processed as oily bilge waste, and then pumped overboard anytime the ship was more than four nautical miles from land. As a result, discharges within U.S. waters were likely. None of the discharges were recorded in the oil record books that are required to be maintained on board the ships.

“Today’s large criminal penalty makes it clear that businesses that operate in our oceans will be held accountable for violating their obligation to safeguard the marine environment,” stated Acting U.S. Attorney Greenberg. “The U.S. Attorney’s Office for the Southern District of Florida and our maritime partners are committed to ensuring that all vessel operators adhere to recognized standards in order to protect our open seas and coasts. We will continue to use the U.S. courts to pursue those who circumvent the law for their own personal gain.”

“These violations of law were serious, longstanding and designed to conceal illegal discharges,” said Acting Assistant Attorney General Wood. “The sentence in this case should ensure that these crimes do not take place in the future and should also send a strong message to others that illegally polluting U.S. waters will not be tolerated.”

“Without the courageous act of a junior crewmember to alert authorities to these criminal behaviors of deliberately dumping oil at sea, the global environmental damage caused by the Princess fleet could have been much worse,” said Rear Admiral Scott Buschman, Commander of the U.S. Coast Guard Seventh District. “The selflessness of this individual exposed five different ships that embraced a culture of shortcuts and I am pleased at this outcome.”

As set forth in papers filed in court, Princess admitted to the following:

After suspecting that the authorities had been informed, senior ship engineers dismantled the bypass pipe and instructed crew members to lie.
Following the MCA’s inquiry, the chief engineer held a sham meeting in the engine control room to pretend to look into the allegations while holding up a sign stating: “LA is listening.” The engineers present understood that anything said might be heard by those at the company’s headquarters in Los Angeles, California, because the engine control room contained a recording device intended to monitor conversations in the event of an incident.
A perceived motive for the crimes was financial – the chief engineer that ordered the dumping off the coast of England told subordinate engineers that it cost too much to properly offload the waste in port and that the shore-side superintendent who he reported to would not want to pay the expense.
Graywater tanks overflowed into the bilges on a routine basis and were pumped back into the graywater system and then improperly discharged overboard when they were required to be treated as oil contaminated bilge waste. The overflows took place when internal floats in the graywater collection tanks got stuck due to large amounts of fat, grease and food particles from the galley that drained into the graywater system. Graywater tanks overflowed at least once a month and, at times, as frequently as once per week. Princess had no written procedures or training for how internal gray water spills were supposed to be cleaned up and the problem remained uncorrected for many years.

Ten million of the $40 million criminal penalty imposed by the court is earmarked for community service projects to benefit the maritime environment; $3 million of the community service payments will go to environmental projects in South Florida; $1 million will go for projects to benefit the marine environment in United Kingdom waters. Additionally, $1 million of the criminal penalty will be deposited in the Abandon Seafarer’s Fund, a fund established to provide a mechanism for the U.S. Coast Guard to offer humanitarian relief and support of seafarers who are abandoned in the United States and are witnesses to maritime-related crimes.