A power-generating ship was officially welcomed at Ghana’s main port on Sunday after arriving the previous day in what Power Minister Kwabena Donkor said was a bid to keep the country on track to end chronic blackouts.

Power has become a political issue, and anger over the blackouts, which can last for 24 hours at a time, threatens President John Mahama’s chances of re-election next year. He has vowed to end the power cuts by Dec. 31.

The government contracted the ship from independent Turkish producer Karpowership to generate 235 megawatts of electricity daily to help offset a national supply deficit of around 500 megawatts.

“This is only one element in our solution, but it is a very useful element,” Donkor told Reuters in the port of Tema, east of the capital Accra.

“It is a strong signal that we are on course to ending the blackouts and to restoring investor confidence in our economy.”

Traditional chiefs welcomed the ship on Sunday by pouring alcoholic spirits onto the ground. 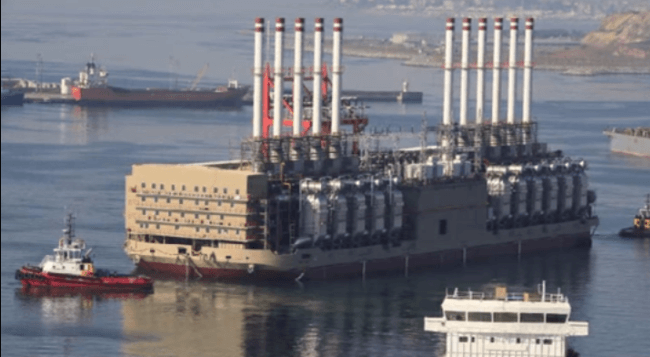 The power blackouts, which have been going on for three years, stem from insufficient rain to operate hydro facilities, obsolete equipment, inefficiency and a long-term failure to add capacity to the grid.

Irregular power has compounded a slowdown in economic growth in a country that until recently was a favourite with investors.

Ghana’s economy grew strongly for years through its exports of gold, cocoa and oil, but lower global commodity prices have blunted that expansion and the government began an International Monetary Fund aid programme in April.

The generating ship, Aysegul Sultan, should be plugged into the national grid by mid-December and is the first of two plants that will provide a total of 450 megawatts of power under a 10-year contract, Donkor said.

Donkor said an additional supply of up to 250 megawatts was coming next month from the Dubai-based independent producer Africa and Middle East Resource Investment.

Other projects should deliver about 1,000 megawatts starting next year that will give Ghana a power reserve, Donkor said.