You are here: Home › Shipping News › Ports Of Auckland To Look At ‘Plugging-in’ Cruise Ships
TwitterFacebookLinkedInPinterestBuffer

The main alternative being studied is powering ships from the national grid, known as ‘shore power’ or ‘cold ironing’*. The study will also consider a range of alternatives including LNG or methanol-powered barges to generate ship’s power, and the use of low-sulphur fuels to reduce emissions. 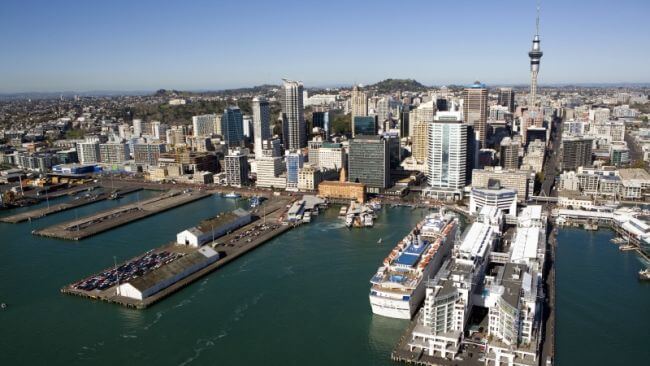 ​Ports of Auckland CEO Tony Gibson said “We have set ourselves the goal of becoming carbon neutral by 2025 and having zero emissions by 2040. This work will support both those goals. Initially we will look at the feasibility of providing alternative power just for cruise ships, but we aim to extend that across the whole port longer term.”

Cruise Lines International Association (CLIA) Australasia chairman Steve Odell said “CLIA and its member cruise lines welcome the feasibility study and look forward to working closely with Ports of Auckland on it. The cruise industry is committed to ensuring that its environmental footprint continues to be minimal through world’s best practice and technology. Our member lines are developing and deploying innovative technologies to reduce emissions and we will be sharing these initiatives with Ports of Auckland.”

The study is due to be completed by April 2017.

* ‘Cold ironing’ is a shipping industry term that first came into use when all ships had coal-fired engines. When a ship tied up at port there was no need to continue to feed the fire and the iron engines would literally cool down, eventually going completely cold, hence the term cold ironing.