You are here: Home › Shipping News › Port Of Southampton Looks Forward To A Record Breaking Year Ahead
TwitterFacebookLinkedInPinterestBuffer

2018 looks set to be another record-breaking year at the Port of Southampton, says Director Alastair Welch. Following on from the success of 2017, which saw the largest vessels in the world coming to Southampton and more than one million containers handled by the port, 2018 will see even larger mega-ships visiting.

ABP Southampton Director, Alastair Welch said: “This is set to be another important year for the Port. Across automotive, cruise, containers and bulks we are anticipating another record-breaking year. 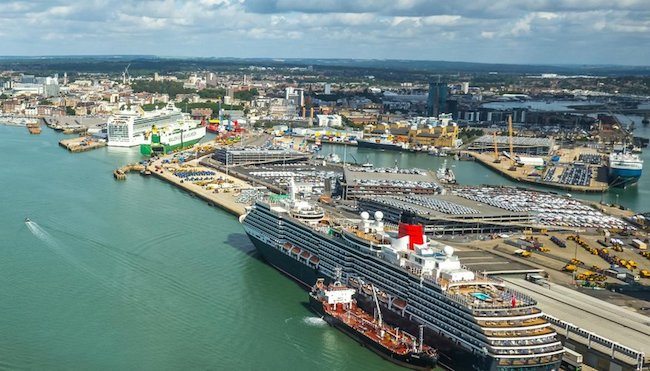 “We’ll be working hard to ensure the Port continues to deliver the best possible service for our customers, maintaining its position as the nation’s gateway to the world. “And in terms of investment, we will be spending an average of £75,000 a day on our infrastructure to meet the continuing needs of our customers.” In recognition of the critical role the Port of Southampton plays in the UK’s prosperity, ABP has launched a new short film highlighting the Port of Southampton’s vital role as the nation’s ‘Gateway to the World’.

The Port of Southampton is the UK’s number one export port, handling £40 billion of exports every year including 90 per cent destined for countries outside the EU.

The total trade handled by the Port is worth some £75 billion. The Port of Southampton serves as the UK’s number one port for automotive exports, providing British manufacturers with essential access to international markets.

The Port is also home to the UK’s second largest container terminal and each year handles around one million containers. The Port’s critical role has been cemented by more than £280 million of investment over the past 5 years, including more than £50 million in brand new state-of-the-art vehicle export facilities. The Port’s newest vehicle terminal was recently opened by trade minister, Rt. Hon Greg Hands MP.

Southampton is also the UK’s number one cruise port, with over 500 cruise calls each year bringing 2 million passengers. In addition, the Port hosts some 3 million ferry passengers travelling to and from the Isle of Wight.

“Our new film shows why the Port of Southampton is so important for the regional and national economy,” added Mr Welch.

Port of Southampton Video from Associated British Ports on Vimeo.