Right now, Rotterdam’s port area is effectively protected against floods. While most of the port area is situated outside the dikes, these port sites are elevated relatively high above sea level and are partly protected by storm surge barriers. Only under particularly extreme weather conditions will a small number of companies be affected by limited flooding.

This is one of the conclusions of a recently-completed joint study that focussed on water safety in the port area: the Botlek Water Safety pilot project. This is a unique project, since it is actually the first time the Port of Rotterdam Authority, the Municipality of Rotterdam, the Ministry of Infrastructure and the Environment and the port’s private sector worked closely together to study the potential consequences of climate change for the Botlek area – and to determine which measures can be taken in response. 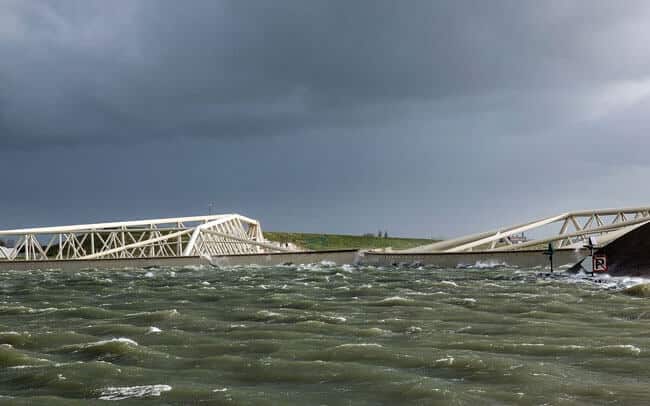 The pilot examined the impact of climate change with the aid of various climate scenarios developed by the Royal Netherlands Meteorological Institute (KNMI). This institute has forecast that the local sea level will rise by 35 to 85 cm in the period until 2100, which also increases the risk of floods in the port area. The study shows that this does not create any significant risks for people living or working in the area. Most of the damage will be economic in nature. The Port Authority has conferred with the relevant companies set up outside the dikes regarding how best to respond to these kinds of situations. As far as the potential consequences of flooding are concerned, companies set up in areas outside the dikes operate at their own risk.

The pilot project is one of the outcomes of the ‘Advies Deltaprogramma Rijnmond Drechtsteden (2014)’, which concludes that we need to perform targeted research to ensure that local residents and companies in four areas outside the dikes – including the Botlek area – remain protected against floods in the years ahead. In 2017, we will be examining a number of elements and/or sub-areas of the Botlek Water Safety pilot project in further detail.

In 2017, we will also be performing a comparable study for the port areas Waal-Eemhaven and Merwe-Vierhavens.