You are here: Home › Shipping News › Port Of Zeebrugge Grows By 12.5 % In First Half
TwitterFacebookLinkedInPinterestBuffer 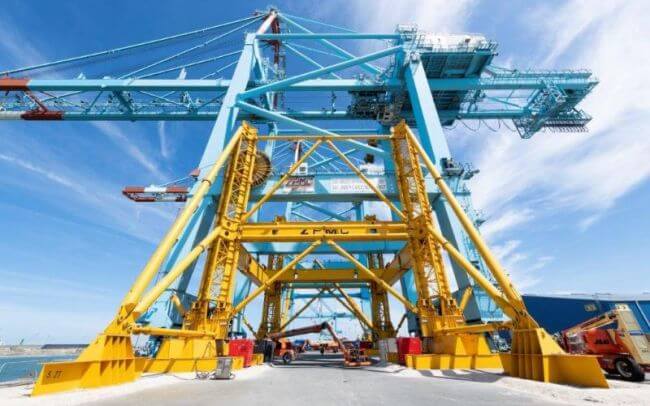 The roll-on/roll-off traffics grew by 5 % in the first half of the year to a total volume of 8,404,658 tonnes. In anticipation of the first Brexit date (29 March) the UK markets were supplied in anticipation (volumes rose by 17.2%). In the second quarter the volume decreased by 6.8% in May and by 12.3% in June.

The roro traffics to Southern Europe increased substantially thanks to new services and economies of scale.

In June the container volume increased considerably (+9.5%) as a result of the new deepsea services and container feeder services. Further growth is expected in the second semester of 2019.

In the first six months the liquid bulk amounted to 4,830,418 tonnes. Growth was registered in the LNG segment (3,218,162 tonnes). A total of 54 LNG vessels called at Zeebrugge in comparison to 24 calls in the first semester of 2018. A lot of LNG was imported from Qatar and Russia. These volumes will remain intact in the second semester.

A total of 71 cruise vessels moored in Zeebrugge, in comparison to 59 in the same period of 2018, equalling 337,559 cruise passenger moves.

Port Of Zeebrugge Accelerates Innovation By Investing In 5G Network

CMA CGM Introduces REEFLEX: A New and Unique System For the Transportation of Liquids by Container