Last year 29,475 sea-going vessels arrived at the port of Rotterdam. That is 200 fewer than last year (29,646) and as many as in 2013 (29,436). The number of accidents fell from 129 to 118 on approximately a million shipping movements (maritime and inland shipping). Among them were 14 accidents involving pleasure craft. “Quite a lot for such a small group of waterway users. We want to do something about that this year,” says Harbour Master René de Vries today – Tuesday, 8 January – at his office in the World Port Center. “We will help the municipality to realise its ambition to benefit more from its location on the water and to promote recreational and passenger shipping. However, sailing is something you do together.” 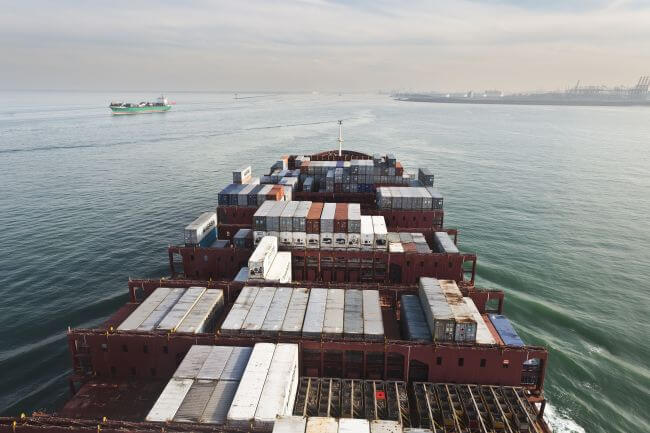 Of the 118 accidents, five were ‘serious accidents’. That is the same as in 2012, 2013, 2014 and 2015, but four more than in 2016 and 2017. In addition to the Bow Jubail oil spill, a water taxi collided with a sloop, a pleasure craft sank, a patrol boat ran aground during a trial run and a flat-bottomed vessel almost got stuck between the shore and a ship.

‘Sailing is something you do together’ is the name of the national platform for commercial and recreational shipping, but it could also be the credo of our policy for 2019, De Vries says. “Last summer we were startled by an incident between a boat with passengers and a water taxi. It was a serious accident, and it could have been even more serious. In terms of risk, passenger and recreational shipping are a special category, because the people on board are vulnerable. The municipality of Rotterdam has ambitious plans and as a harbour master, I gladly contribute to them. The city, the river and the shipping industry must be able to coexist. For the Port Authority, safety is of primary importance.”

The harbour master has drawn conclusions from a new risk assessment with stakeholders. The regulations for speed limits along the bank and when entering and leaving ports must be better understood by waterway users, and the Port Authority must monitor sailing behaviour more intensively. These are basic rules such as paying attention to each other, taking each other into account, sailing properly, crossing straight, being clear and, of course, complying with the traffic rules.