You are here: Home › Shipping News › Port Of Rotterdam Named The Best Port Infrastructure In The World
TwitterFacebookLinkedInPinterestBuffer

The Netherlands has the best port infrastructure in the world. This is what the World Economic Forum says in ‘The Global Competitiveness Report 2015-2016’. It is the fourth consecutive time that our country has come first. Like last year, Singapore came second and the United Arab Emirates held on to third place. Belgium remained in sixth position and Germany fourteenth.

Rotterdam invests heavily in infrastructure. Good infrastructure is essential for the growth and development of a port. Billions are being spent on such things as expanding the railway network (the port railway/Betuwe Route) and increasing the capacity of the 45 kilometre long motorway corridor between Maasvlakte and the hinterland. But also on fitting out and providing access to Maasvlakte 2, bridges, tunnels, quays, terminals, refining/chemicals, tank storage (incl. Shell, Vopak, LBC, Huntsman, LyondellBasell, ExxonMobil, VTTI, BTT, Esso), biofuels and energy (electricity, LNG). 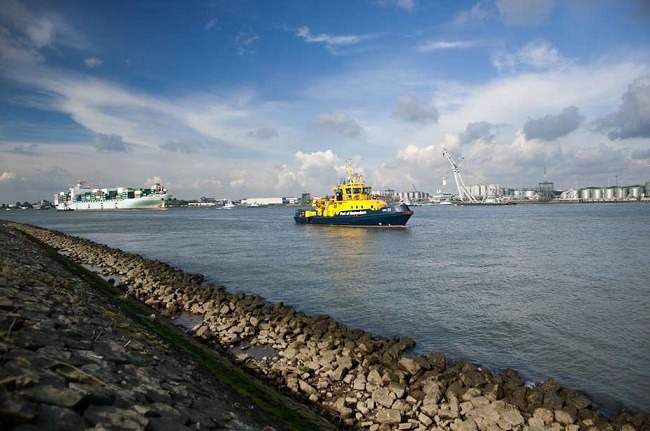 The volume of investment will remain high in the future too, thanks to, among other things, investments in modernising the older port areas of Botlek, Waalhaven/Eemhaven, the port of Dordrecht and deepening the Nieuwe Waterweg. In addition, the Port Authority is assuming that the Theemsweg route will be tackled in the coming years and the Blankenburg Tunnel will be built.

The Port Authority itself has been applying a broader definition of infrastructure for some time. Examples include the accessibility and opening up of the port area with the use of big data. By combining the various information flows, it is possible to improve and expand the service and the infrastructure even more.