At 3.30 pm on Thursday 1 October, the RPA10, a Port Authority emergency response vessel, saluted the ECT Home terminal. At that moment, the container ship CMA CGM Sambhar was departing from the terminal. This was the last sea-going client of the oldest container terminal in the port of Rotterdam.

ECT Home terminal opened in 1967. The terminal became unable to cope with the increases in scale in container shipping. Nowadays, the largest container vessels are 400 metres long and 60 metres wide. This requires deeper docks and larger cranes. ECT is switching cargo handling in the Eemhaven to its two much larger and more modern terminals on the Maasvlakte (Delta terminal and Euromax). 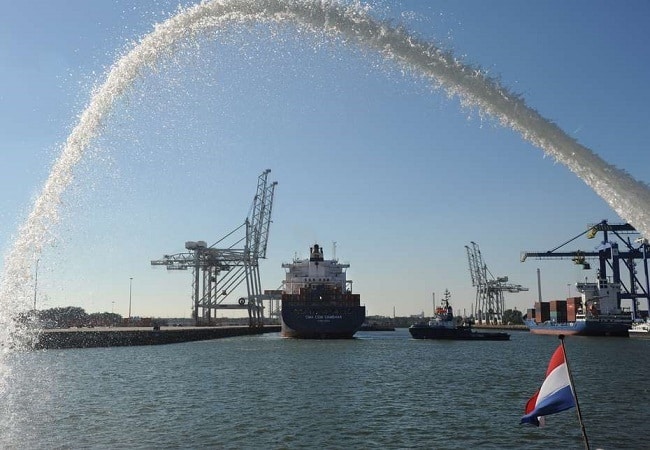 The ECT site, covering 65 hectares, will retain its port-related use. The Port Authority has plans to redevelop the site for use by businesses in the vicinity and new activities. It expects to be making further announcements about this in the coming months.