You are here: Home › Shipping News › Port Of Oakland Exports Up With Help From China’s Neighbors
TwitterFacebookLinkedInPinterestBuffer 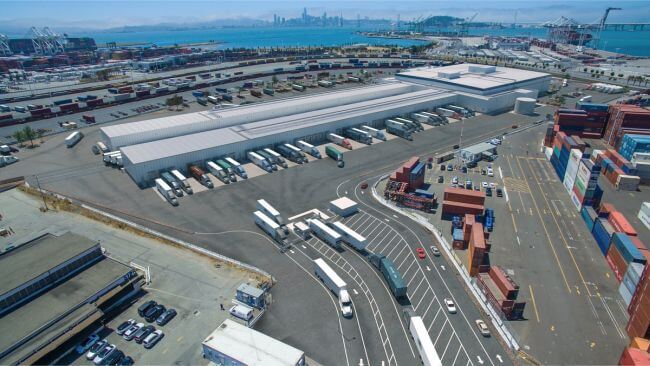 Containerized export volume at the Port of Oakland increased in the first half of 2019 thanks to China’s neighbors. Port data released today showed double-digit export volume percentage increases through June 30 to South Korea, Japan and Taiwan. Trade with those three nations alone offset a 17 percent drop in exports to China, the Port said.

The trade numbers indicate that Oakland exporters are countering the effects of Chinese tariffs imposed on U.S. shipments. The result: Oakland exports have increased year-over-year in each of the past four months. For all of 2019, export shipments are up 2.4 percent over the first six months of last year.

“This is testament to the resilience and ingenuity of our customers,” said Port of Oakland Maritime Director John Driscoll. “They’re finding the means to overcome debilitating trade barriers.”

Port Of Oakland Gets New Service To Asia, Includes Saudi Arabia With 18 Mega-Ships