Port of Brisbane Pty Ltd (PBPL) has announced the principal contractors for its $158 million Brisbane International Cruise Terminal, paving the way for construction to begin in the coming months. Wharf construction will be undertaken by Brady Marine & Civil, a specialist marine infrastructure and engineering contractor headquartered in Brisbane.

The civil works and terminal building will be delivered by Hindmarsh, a leading Australian construction company. Minister for State Development, Manufacturing, Infrastructure and Planning, Cameron Dick welcomed the announcement and said the government had worked closely with Port of Brisbane throughout the process. 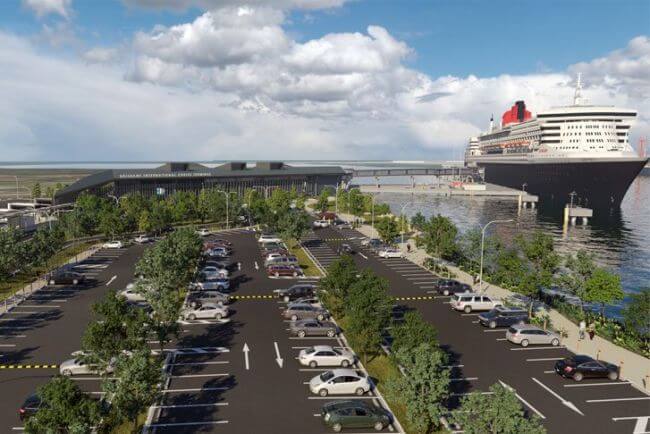 “It is expected to contribute $1.3 billion in net expenditure into the Brisbane economy alone over the coming two decades. “An estimated 245 jobs will be supported during each year of construction, while an additional 49 jobs will be supported each year over the next 20 years. “Queenslanders are eagerly awaiting the opening of the terminal next year, which will be ready for the 2020 cruising season.”

PBPL CEO Roy Cummins said the tender process had attracted a high-quality field, but ultimately the successful contractors provided the right mix of expertise, capabilities and value for money for the project. “Both Brady Marine & Civil and Hindmarsh are highly regarded in their fields,” Mr Cummins said. “Importantly, both have strong track records for innovation and project delivery, together with the proven experience and capabilities required to help us deliver this world-class cruise facility.

“With the start of major construction of the Brisbane International Cruise Terminal now imminent, we look forward to sharing the progress and milestones with the community as the new facility begins to take shape.” Mr Cummins said early preparation for the wharf had already begun, with ABFI Steel Group (a local Brisbane-based company) undertaking the task of manufacturing 105 piles, up to 45m long, needed to support the wharf.

Piling is expected to commence soon, with wharf construction to follow. Relocation of approximately 85,000 cubic metres of surcharge (clean sand) is currently underway. Hindmarsh will begin to prepare the site for construction in March, with works commencing in April.