In 2019 Port of Antwerp scored strong growth for the seventh year in a row, with the freight volume up 1.3% to 238 million tonnes.

Although some segments are clearly under pressure due to economic reasons the port is making progress overall. But this progress is not just economic: in social terms the port is also making clear steps in favour of sustainability and mobility.

In 2019 Port of Antwerp developed further as a major international port. Despite increasing tension in world trade it achieved strong growth this year once more in terms of total freight volume. 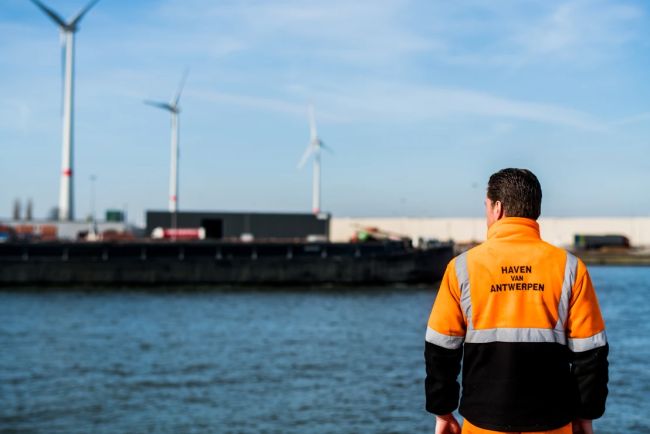 Container freight in particular gained market share (up from 27.5% to 28.2%), while the dry bulk segment for its part saw its total volume expand by 3.4%. In breakbulk on the other hand, with steel as the main product, the consequences of turbulence in world were clearly felt, resulting in an overall contraction of 13%. In the liquid bulk segment too the volume was down, by 4.4%, due mainly to the slowdown in economic growth and fluctuations in oil prices.

Launching Ramp towards the future

In 2019 a strong foundation was laid for the future success of Port of Antwerp and the economic activity with which it is closely linked, with large investments being announced in the chemical and logistics sectors. In addition to a record investment of 3 billion euros by INEOS in the Antwerp chemical cluster, this year also saw work starting on the ECLUSE steam distribution network. In addition ExxonMobil’s Delayed Coker Unit went into operation, and there were other investments by players such as BASF, Borealis and Standic. 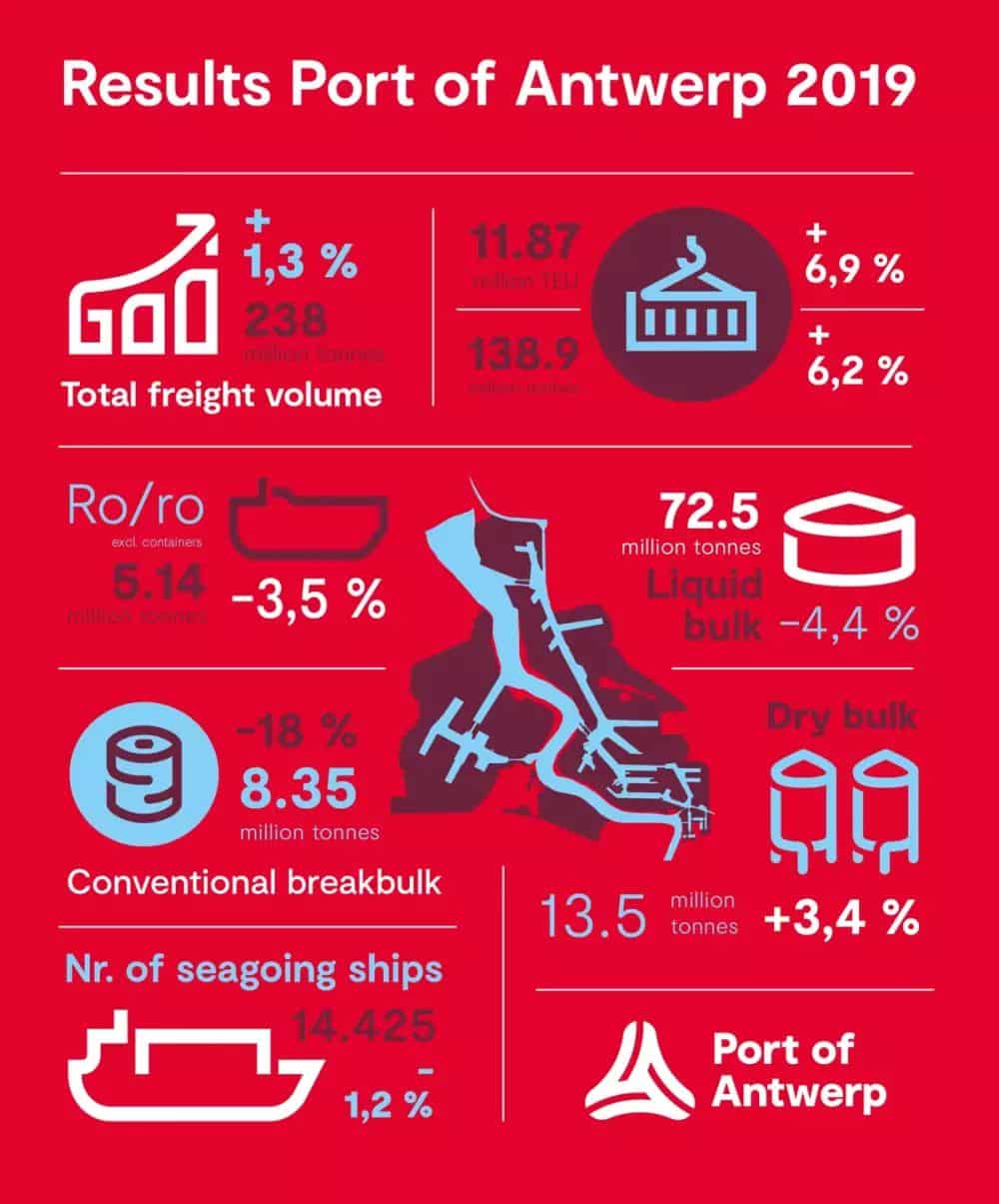 Port of Antwerp CEO Jacques Vandermeiren explained: “We are using the technology and expertise that we have in the port to smooth the path towards becoming a carbon-neutral port. We are striving for a multi-fuel port where various sustainable fuels are available beside one another. In the near future we’ll be experimenting with tugs powered by sustainable methanol hydrogen. Other interesting avenues that we are exploring are Carbon Capture & Utilisation and Carbon Capture & Storage, along with ways of re-using carbon in circular processes. It is our ambition to make the sustainable transition a reality, and Port of Antwerp has a pioneering role to play here.”

Port of Antwerp continues to put great efforts into improving mobility, by more efficient consolidation of freight traffic, further digitisation of the port infrastructure and coordinated management of rail infrastructure.

“A growing port is a port in motion, and we aim to further extend the modal shift in future. Last year 24 million tonnes of freight was carried by rail. That’s 7% of the total freight volume. We aim to double this to 15% by 2030. Pipelines too have an increasingly important role to play,” Jacques Vandermeiren concluded.

Port Of Antwerp Reports Growth Despite Eventful 2021
Appeals Raised Against Dismissal Of Charges On Bocimar For Scraping Vessel In Bangladesh
19 Port Authorities Sign Declaration On Disruption, Digitalisation And Decarbonisation
Watch: Port Of Antwerp To Attempt World’s First Conversion Of Tugboat To Methanol-Propulsion